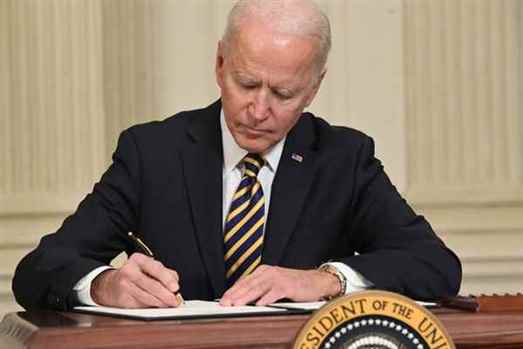 US President Joe Biden has signed an executive order to bolster supply chains in four key areas, including semiconductor chips over a global shortage that has hampered the production of automobiles and smartphones for the tech giants.

The executive order directs the government to conduct 100-day reviews of supply chains in four sets of products, including computer chips and large capacity batteries, like those used in electric vehicles (EVs).

“This is about making sure the United States can meet every challenge we faced in this new era of pandemics, but also in defense cybersecurity, climate change, and so much more,” Biden said during a press conference on Wednesday.

Supply chain issues faced at the onset of the Covid-19 and shortfall of personal protective equipment felt at that time partly prompted the executive order.

The development comes at a time when manufacturing shortages have been reported in the auto and tech industries due to the pandemic.

While the new executive that Biden plans to sign will be another step to boost made in the US goods, it will not target China.

The Biden administration after a review has found “deep problems” with the US policies towards China pursued during the Trump administration.

Companies like Apple, AMD, Sony, and Qualcomm have raised concern over chip shortages, including parts for iPhones and consoles like the PlayStation 5.

Apart from semiconductors, the executive order also aims to bolster supply chains in areas including pharmaceuticals and rare earth minerals.