Bihar cops, including three IPS officers, to get national awards 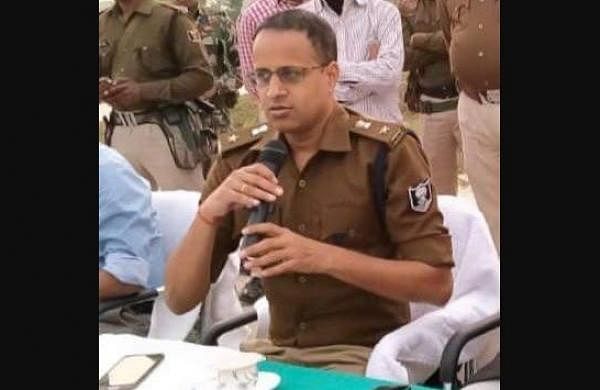 PATNA: Three officers of Indian Police Service (IPS), besides  three junior cops, have been selected this year also  to be awarded with  the Internal Security Service Medals and the Home Minister's Medals respectively for outstanding services in  duty.

Rakesh Rathi, the Inspector General of Police of Magadh range, present Lakhisarai SP Sushil Kumar and Jamui ASP (operation) Sudhansu Kumar are the IPS officers, who would be awarded with the Internal Security Service Medals.

ASP Sudhanshu Kumar, who worked for more than two years in Jamui district, has been selected for this medal for his outstanding service to control crime in the Naxal-affected area of Jamui district.

Under the leadership of Sudhanshu Kumar in Jamui district, the police forces have carried out many successeful operations due to which the Naxal organization has been weakened.

The other three policemen selected for the Home Minister Medal this year for outstanding services are havaldar Bhogendra Mishra of Police Academy at Rajgir and constables Anuranjan Kumar and  Vipin Kumar Singh of CTC at Nathnagar in Bhagalpur.

The Union Home Minister's Medal, started in 2018, will be given to each of them by the Ministry of Home Affairs.

Apart from this, Nathnagar police training centre in Bhagalpur district has been declared as the finest institution in the eastern region of the country. The Nathnagar Police Training Centre was evaluated by a team of senior cops of other states from 27 to 29 November in 2019 and selected as the best institute on the report of the evaluation.