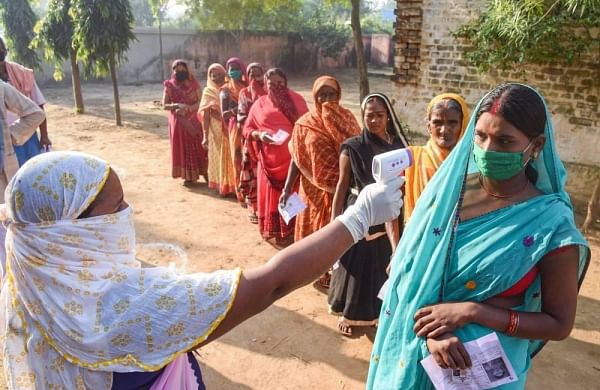 MUZAFFARPUR: Shiela Devi, in her fifties, says the liquor ban in Bihar has made life worse. Booze is now delivered at the doorstep, she rues.

Shiela Devi is not the only woman who feels the ban on liquor has created more problems, rather than bringing positive changes in their lives.

Women are reluctant to vote for JD-U boss Nitish Kumar and his party in the Bihar elections.

“Liquor ban is a complete failure as it is available at every nook and corner of the state. Due to the ban,  liquor is prepared everywhere without any restriction,” says Shiela Devi.

Fellow womenfolk concede that their life was better when liquor was sold in shops as more and more youths are getting involved in the smuggling of liquor for easy money.

“At least four youths have been killed so far in bike accidents while being chased by the police or driving rashly in the last few days,” said another woman Sona Devi. It’s better to make it free rather than banning partially, she adds.

This is one of the major reasons why the women plan to vote against Nitish this time. Other women of Sadpur Panchayat under Kanti Assembly seat was also of the same view saying the ban exists only in official files, but the situation is different on the ground.

Not only women, even men in the region accept the sufferings of Devi and her ilk.

Women are said to be the trusted voters of Nitish and his party — so much so that the ban on liquor was guided by the opinions of his support base. But, since Nitish failed in banning liquor effectively, his vote bank appears to be shrinking this year.