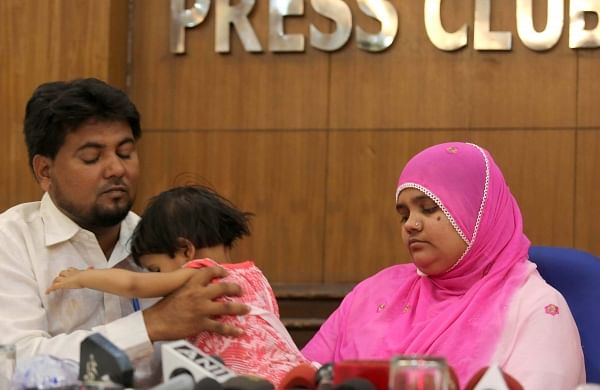 NEW DELHI: The Gujarat government appears to have relied on a 1992 sentence remission policy, which did not distinctly categorise convicts eligible or not eligible for early release from prison, to set free the 11 people serving time for the gang-rape of Bilkis Bano and murder of some members of her family in the wake of the 2002 riots.

The state government’s decision followed a May 2022 Supreme Court judgment, which said that “once the crime was committed in the State of Gujarat, after the trial has been concluded and judgment of conviction came to be passed, all further proceedings have to be considered including remission or premature release, as the case may be, in terms of the policy which is applicable in the State of Gujarat where the crime was committed”.

The SC judgment, delivered by Justice Ajay Rastogi, stemmed from a petition for early release by the convict, Radheshyam Bhagwandas Shah, who sought “direction in the nature of Mandamus to the State of Gujarat to consider his application for premature release under the policy dated 9th July 1992 which was existing at the time of his conviction”. Shah stated in his application that he had undergone 15 years and four months of custody.

The apex court observed that the Mumbai sessions court on Jan. 21, 2008, “held the petitioner guilty and convicted him for the afore-stated offences and sentenced him to undergo rigorous imprisonment for life”. Another co-accused, Ramesh Rupabhai, who was also convicted for the same crime, had moved the Bombay High Court seeking premature release but his application was dismissed on Aug. 5, 2013. Rupabhai’s application for premature release was “left to be examined as per the policy applicable in the State of Gujarat”.

A Godhra-based lawyer, Parimal Pathak, who represented some convicts, said the Gujarat government’s 1992 policy, which did not clearly delineate the categories of convicts eligible for premature release or remission of their sentences, was relied upon by the state government. In January 2014, the Gujarat government drew up a resolution, which contained a fresh set of guidelines for “considering cases of the state remission and the premature release of prisoners”.

We are scared, may have to relocate, says Bilkis Bano’s husband
Ahmedabad: Ever since 11 convicts were released from the Godhra sub-jail on Aug. 15 under the Gujarat government’s special remission policy, Bilkis Bano’s family has been spending sleepless nights. “No one other than Bilkis can imagine what happened in 2002. However, what has happened now is scary for me, my family and of course Bilkis,” Yakub Rasool, her husband, told this newspaper on the phone on Wednesday. “We fought for over 10 years, but we were not even told that the convicts would be released. We still don’t know how and why they were released,” he said. “We have five children. We probably have to relocate, find a new job and plan for the next fight,” said Yakub.