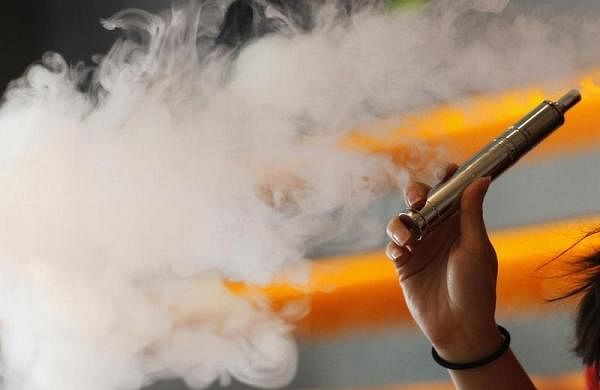 NEW DELHI: Lok Sabha on Wednesday passed a bill which seeks to ban electronic cigarettes, with Health Minister Harsh Vardhan saying such a measure was necessary to protect the youth from a new intoxication being promoted by companies as a new "fashion".

Speaking on the bill, Vardhan argued that lack of a ban on tobacco cannot be the justification for "introducing new addiction." To convey his point, Vardhan said if one falls from the tenth floor or the sixth floor, he or she is going to get injured irrespective of the floor from which he falls.

To promote e-cigarettes vaping was marketed as fashionable to influence youngsters, which will eventually lead them to addiction of intoxicant substance, so the ban was necessary, he said.

Most parties including opposition parties supported the bill but questioned the government's decision to adopt the ordinance route for the legislation.

Replying to the opposition's argument, Vardhan said, "I can't be insensitive to the health of our people and the ordinance was a presumptive strike on this hazardous addiction."

He also underlined that these e-cigarettes besides nicotine can also enable the delivery of all intoxicant substances, which is dangerous. Vardhan also insisted that chemicals in nicotine used for e-cigarette can cause cancer, cardiovascular diseases and effects adolescent brains.

The minister also said that the Indian Council of Medical Research issued a white paper on e-cigarette and demanded its ban.

The Bill makes the manufacturing, production, import, export, distribution, transport, sale, storage or advertisements of such alternative smoking devices a cognisable offence, attracting a jail term and a fine.

The storage of e-cigarettes shall also be punishable with imprisonment of up to six months or a fine of up to Rs 50,000, or both, it said.