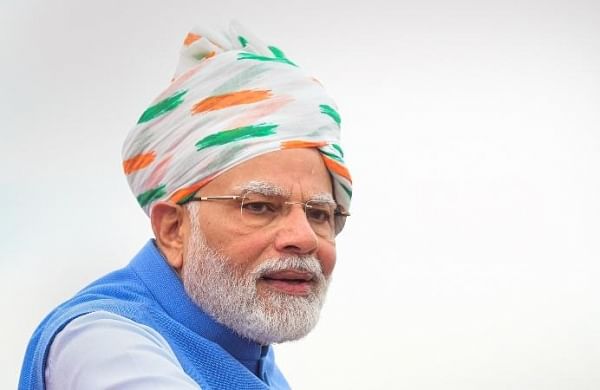 NEW DELHI: Blood donation drive, medical camps, distribution of artificial limbs, plantation drive and a campaign to encourage eligible citizens to take Covid-19 booster dose are among various activities proposed by the Bharatiya Janata Party (BJP) during ‘Seva-Pakhwada’ (a fortnight of service) to be held across states to mark birth anniversary of Prime Minister Narendra Modi this year, which is on September 17.

According to the BJP functionaries, under the special campaigns planned on the occasion, the party workers will make attempts to outreach to the people especially marginalised communities with the welfare schemes of the Centre.

The party leaders on Thursday said that celebrations under ‘Seva-Pakhwada’ starting September 17 would continue till October 2; coinciding with the birth anniversary of Mahatma Gandhi. “Photo exhibitions on the life and struggle of Prime Minister Narendra Modi will be held in every district to educate people how Modi had matured himself from his childhood days an ordinary boy selling tea to the present day; sharing his thoughts as a  global leader,” said a BJP source.

BJP’s national general secretary Arun Singh, who is also the in-charge of party headquarters in the national capital, has written a letter to the party leaders to celebrate the Modi’s birthday in a grand manner and hold activities including blood donation programmes, medical camps, distribution of artificial limbs, and  promotion a book written about Modi titled “Modi@20 Sapne Hue Sakar”.

Ahead of crucial assembly polls in states this year, the BJP has also decided to run a mega campaign to promote the Covid-19 booster doses as part of ‘Seva-Pakhawada” and carry out mass plantations
and cleanliness drives, said a leader.

Leaders and the workers have also been asked to upload the photographs of activities organised during the fortnight on the official mobile application of Modi Namo App.

(THE NEW INDIAN EXPRESS)
88 Days ago