'BJP-RSS trying to hide dark pages of its past through Har Ghar Tiranga campaign': Akhilesh 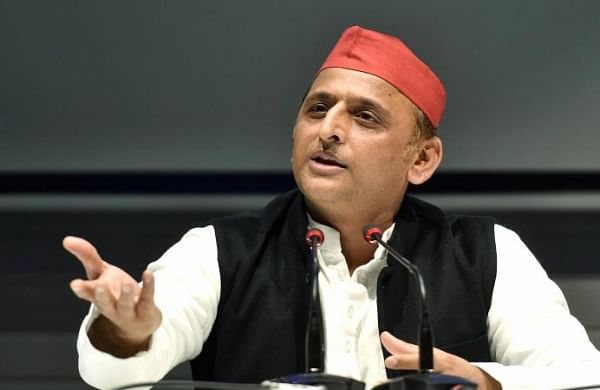 LUCKNOW: Samajwadi Party president Akhilesh Yadav on Saturday alleged that the BJP-RSS was trying to hide the "dark pages" of its past through the "Har Ghar Tiranga" campaign.

He also alleged that the BJP was hell-bent upon destroying the sanctity of the Azadi ka Amrit Mahotsav to mark 75 years of India's independence.

There are reports of the national flag being sold by BJP workers at many places.

"While this flag is a symbol of pride for crores of Indians, it is a commodity for the BJP. BJP should stop setting up shops for everything. Playing with the pride of the national flag is shameful and condemnable," Yadav said, according to a party statement.

Under public pressure and for selfish power gains, the BJP-RSS is attempting to hide the "dark pages" of its past by displaying the national flag, he alleged.

He also alleged that the RSS, the political fountainhead of the ruling BJP, did not accept the national flag and the Constitution even after the Independence.

Accusing the RSS of siding with the British during the freedom struggle, Yadav said the Samajwadi Party carried forward the legacy of independence by running a door-to-door tricolour campaign from August 9 to August 15.

In a tweet two days ago, Yadav said, "BJP offices have become tricolour shops. BJP should tell how much GST will have to be paid on the flags."

He had also attached a video of the national flag being sold to stress his point.

Referring to the unfurling of a large national flag atop a 207-foot-tall pole in the Janeshwar Mishra Park in Lucknow during the Samajwadi Party government, Yadav alleged that after the BJP government assumed office in Uttar Pradesh, the practice of police personnel saluting the tricolour every evening was stopped.

Taking potshots at the BJP, Yadav alleged that in some places BJP leaders were photographed holding the flag upside down.

In Chitrakoot, the BJP district president was seen keeping the national flag near his feet and the BJP MLA from Lakhimpur and BJP leaders in Etawah did not even know how to hold the tricolour properly, he alleged.

Such degrading treatment of the national flag is inexcusable, Yadav stressed.