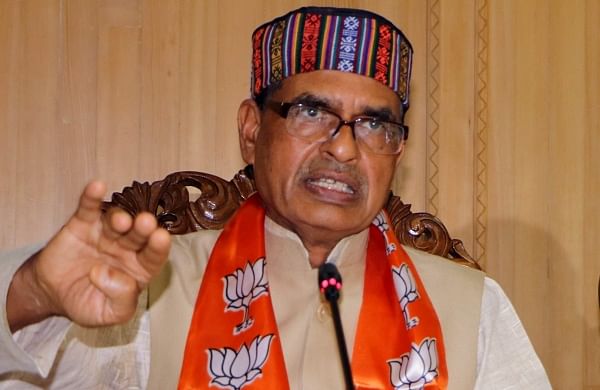 BHOPAL: Madhya Pradesh Chief Minister Shivraj Singh Chouhan on Thursday announced that Bharatiya Janata Party (BJP) will go to Supreme Court against the order of the Gwalior bench of Madhya Pradesh High Court which has restricted political rallies in the state.

"Today I had meetings in Sadora and Bhander. We have cancelled the meetings respecting the order of the Gwalior bench of Madhya Pradesh HC that restricts political rallies in the state. But, we will be going to Supreme Court against the order," Chouhan said.

"Political rallies being held in Bihar every day, why such rallies can not be held in Madhya Pradesh? There can't be such contradicting legislation in one country," he added.

This comes two days after the Gwalior bench of the Madhya Pradesh high court restrained district magistrates in 9 districts from giving permission to any political party or its candidate for any physical public meeting irrespective of its size if there is a possibility of a virtual election campaign in view of COVID-19 pandemic.

Voting on 28 assembly seats in Madhya Pradesh by-polls will take place on November 3 and the results will be declared on November 10.

By-elections are due on 28 seats following the resignation of 25 MLAs and the death of three legislators earlier.

In the 230-member assembly, the BJP has currently 107 MLAs and Congress 88. There are 4 independent MLAs, 2 from BSP and a Samajwadi Party MLA.