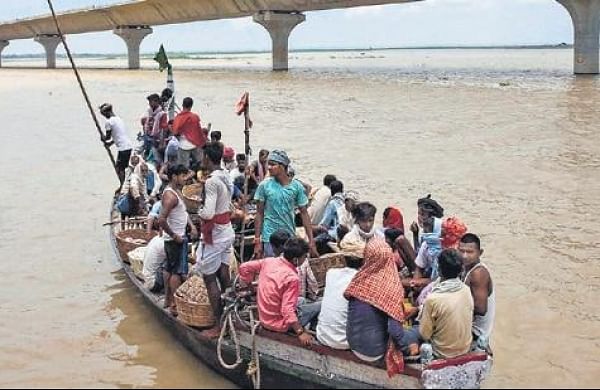 Rescuers rushed to the spot as soon as the information of the accident was received and have so far have evacuated 20 people safely while others are still missing. At the same time, bodies of five people have been recovered, search for the rest of the people in the boat is still on.

One of the prime reasons for the incident was that 14 motorbikes were also placed in the boat to cross the river. Police and district administration from Kota were present on the spot and the rescue operation is in progress.

Soon after the incident, villagers present at the scene tried to save the drowning people but, a large number of people were swept away by the swift current of the river.

Most people boarded the boat to visit Kamleshwar Dham near Gothala Kala in Madhya Pradesh. The boat lost balance in the middle of the river due to over-seating and due to the weight of the bikes. The boat capsized in the area between Chanada and Gothada village.