Bollywood not supporting us, say farmers as they halt shooting of Janhvi Kapoor's 'Good Lucky Jerry' in Punjab 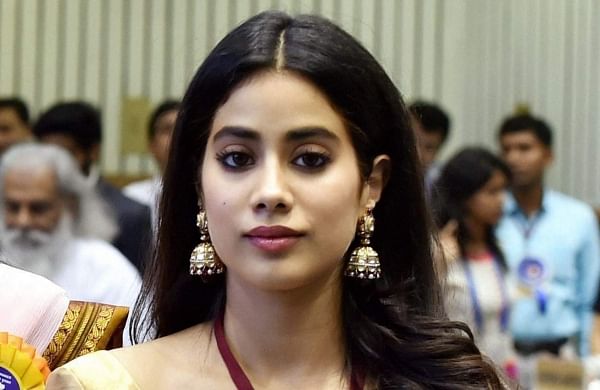 The incident took place near Civil Lines area on Saturday when protesting farmers opposed the filming of the movie.

Shouting slogans against Bollywood, protesters lamented that "no actor" extended support to farmers' agitation against the Centre's three farm laws.

"We are telling the film industry which is holding its shooting in Punjab to at least speak in favour of farmers who are agitating against the legislations," said a protester Rajwant Singh Sandhu.

Another protester said, "We are opposing Bollywood actors for not extending support to farmers."

They also slammed the Centre for imposing "black laws" on the farming community.

Some farmers held protest outside the hotel where the film's crew is staying.

A police official on Sunday said the protests were peaceful.

Earlier this month, shooting of "Good Lucky Jerry" had briefly come to a halt at Bassi Pathana in Fatehgarh Sahib after a group of farmers had insisted that Janhvi make a comment on the ongoing farmers' protest.

Following the incident, the "Dhadak" actor shared an Instagram Story in support of the farmers.

Unlike other posts, Instagram Stories disappear after 24 hours from the time they are published.

"Farmers are at the heart of our country. I recognise and value the role that they play in feeding our nation. I hope a resolution is reached soon that benefits the farmers," Kapoor had written.

Farmers from Punjab and Haryana have been camping at Delhi's borders for several weeks, demanding the repeal of the farm laws and a legal guarantee on the minimum support price for crops.

They claim that the new laws will weaken the MSP system.

But the Centre says the MSP system will remain and the new laws only provide more options for farmers to sell their produce.