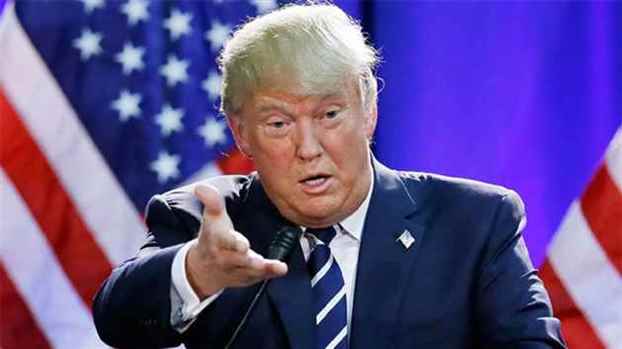 WASHINGTON: US President Donald Trump has defended his decision to fire John Bolton as a national security adviser, saying the latter had done some "big mistakes" and his actions were not in line with the administration.

"When he (Bolton) talked about the Libyan model for Kim Jong-un, that was not a good statement to make," Trump said.

"You just take a look at what happened with Gaddafi, that was not a good statement to make and it set us back."

"John is somebody that I actually got along with very well. He made some very big mistakes," the president told reporters at the White House, a day after he abruptly fired Bolton.

Trump said he disagreed with Bolton on his attitudes on Venezuela. "I thought he was way out of line, and I think I've proven to be right. But we are always watching Venezuela very, very closely."

Bolton, he added, wanted to do things not necessarily tougher than him. "You know, John is known as a tough guy. He's so tough he got us sent to Iraq that's tough," Trump said.

"But he's somebody that I actually had a very good relationship with, but he wasn't getting along with people in the administration that I consider very important."

According to the president, Bolton was not in line with what the administration was doing and thought it was too tough.

"I hope we have left in good stead, but maybe we haven't," Trump said.

"I have to run the country the way we are running the country. We are doing very well, we're respected all over the world again."