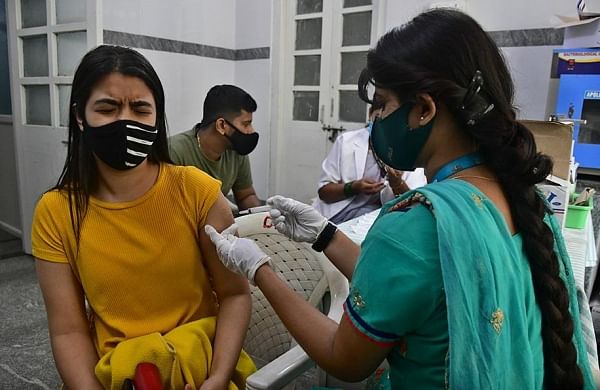 NEW DELHI: Booster doses of COVID-19 vaccines are the easiest barrier that must be created immediately against Omicron, according to eminent virologist Dr T Jacob John, who noted that it may not seed the third wave of the pandemic, but breakthrough infections may be common due to the new variant.

When a person gets an infection even after being vaccinated against it, it is called a breakthrough infection.

A new variant of COVID-19, feared to have a high amount of spike mutations, has been detected in South Africa.

On November 26, the World Health Organization (WHO) designated B.1.1.529, first detected in southern Africa, as a variant of concern, on the advice of its Technical Advisory Group on Virus Evolution (TAG-VE) and named it Omicron.

Speaking to PTI on Omicron, John, an eminent virologist and the former director of the ICMR's Centre of Advanced Research in Virology, on Tuesday said the dictum here should be "expect the best but be prepared for the worst".

"While only some 30 per cent of the population is vaccinated with two doses, the cup is one-third full," he added.

"Against this background, what may happen if the variant enters and spreads far and wide is unpredictable. It may not be as bad as people fear. It may not seed a third wave. Yet, the wise course is to avoid importation and bolster our 'population immunity' (popularly called herd immunity). That means two things -- vaccinate the unvaccinated and offer booster doses to all two-dose vaccinated," he said.

Booster doses are the easiest barrier that "we can and must create" immediately against the variant, he added.

"Also, second doses to first-dose recipients and first doses to all others, including children, must be given. Pregnant women -- two doses in first pregnancy, starting as early as possible, and one booster dose in the next pregnancy," John said.

Talking about the effectiveness of vaccines against the new variant, he said breakthrough infections may be common.

"Looks like breakthrough infections will be common. However, the basic virus is the same and high levels of immunity that can be achieved with booster doses can be expected to be highly protective both against the disease and even transmissibility," he said.

Talking about mutations in Omicron, John said 34 mutations are observed, which is more than Alpha, Beta, Gamma and Delta and all other variants of concern.

On the transmissibility of the new variant, he said, "If the original virus transmission level is taken as a baseline, level 1, then Delta was about two to three times higher and Omicron even higher, one scientist in Switzerland thinks 10 times higher."

On a comparison of Delta with Omicron, he said the latter is a "more efficient transmitter, more resistant to immunity due to two doses of vaccines, most probably no more virulent or causing more severe disease than Delta".