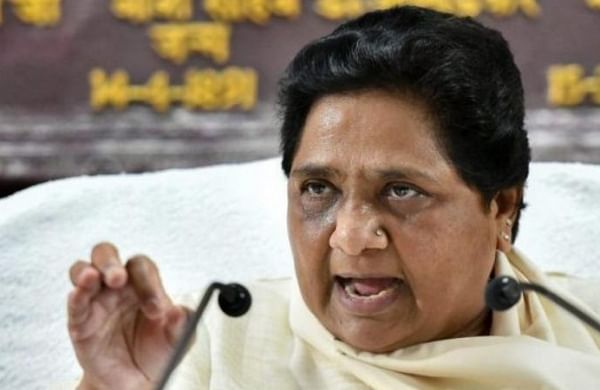 LUCKNOW: Bahujan Samaj Party (BSP) chief and former Uttar Pradesh CM Mayawati has ruled out the possibility of entering into alliance with any political player in the 2022 Assembly elections for Uttar Pradesh and Uttarakhand here on Friday.

Mayawati also added that her party would ensure free COVID-19 vaccine for all if voted to power. The BSP chief was speaking on the occasion of her 65th birthday on Friday. While attaining the stature of veteran politician, Mayawati's immediate challenge is to revive her party maintaining its relevance in the political landscape of Uttar Pradesh.

Reiterating her party's commitment to the deprived sections of the society, Mayawati said: "Our party is dedicated to the betterment of poor and the neglected. That is why BSP had formed  government in Uttar Pradesh for four times."

"But castiest, capitalist and narrow-minded opposition parties could not digest it so they got united against BSP and hatched conspiracies to stop our party from coming to power in the state. Now these opposition parties are busy dividing votes of the weaker sections of the society," she added.

Exhorting her party cadre to fight against all odds to regain the lost ground in the state, the BSP chief said: "Our party workers have to overcome all the obstacles and work for the weaker sections of the society with a positive bent of mind.  They have to strive hard and work for the people in order to return to the power like they did in the year 2002."

She asked her her party workers to celebrate her birthday as Jankalyankari Diwas. The BSP chief also demanded the central government agree to the demands of the farmers protesting against the three contentious laws.