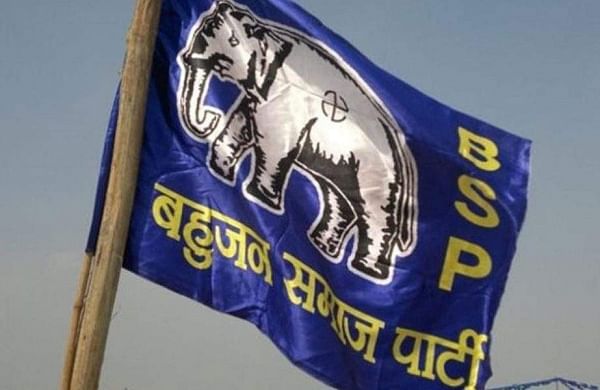 SIDHI: Alleging that BSP leaders are facing discrimination in getting security, the Mayawati-led party has said that it has set up a "security force" to protect its leaders and cadres, an office-bearer from Sidhi district in Madhya Pradesh said on Saturday.

However, the police said there is no legal validity for such an arrangement.

"This security force will be assigned the work of protecting BSP cadres and leaders as they are being oppressed and their security is being ignored," he said.

Rajak said the security squad has been formed as per the instructions given by BSP chief Mayawati and the guidelines received from the Bhopal-based office of the party in MP.

"We are oppressed and facing discrimination in getting security for our leaders. We have made our security arrangements by forming this police force," he said.

A video of three members of the BSP squad dressed in a white shirt and blue pants with a nameplate has surfaced on social media.

They are seen sporting blue stripes with stars on their shoulders as per their "ranks".

This video was shot when they visited the office of the Superintendent of Police (SP) of Sidhi on Friday.

Additional Superintendent of Police (ASP) Anjulata Patle confirmed that BSP leaders had informed the police about such a "security force".

"No one is allowed to form such force. We have asked them to furnish the letter of authority, if any, regarding the formation of this squad," she said.

Patle said the BSP leaders were told not to wear any uniform that resembles the formal dress code of traffic police as this can mislead the people.

"We told them that legal action will be taken if this direction is not complied with," the ASP added.