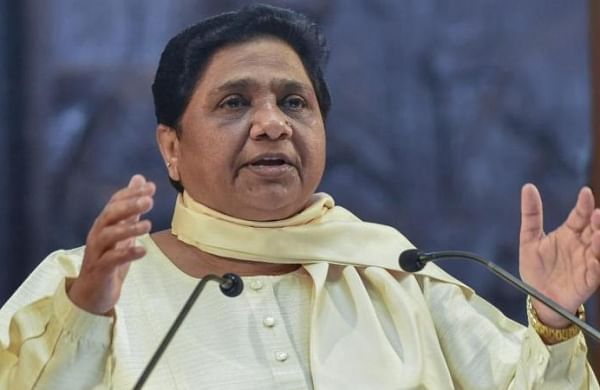 LUCKNOW: BSP chief Mayawati Wednesday extended her party's full support to the government and the Army on the LAC standoff with China and said she is confident that India will give a befitting reply.

In a tweet, she said, The curiosity and concern in the country about the ongoing conflict, tension and deployment etc on the border with China are natural and the government has made a statement in Parliament yesterday.

The BSP is confident that the government will give a befitting reply to China as is expected by the country.

The BSP is with the government and the Army, she said in her tweet in Hindi.

Making a statement in Lok Sabha on the issue, Defence Minister Rajnath Singh had on Tuesday said that China has been very clearly conveyed that any attempt to "unilaterally" change the status quo along the LAC is not at all acceptable.

There should be no doubt about the country's determination to protect its sovereignty and territorial integrity, he had said, asserting that India's armed forces are ready to deal with "all contingencies" in the high-altitude region.