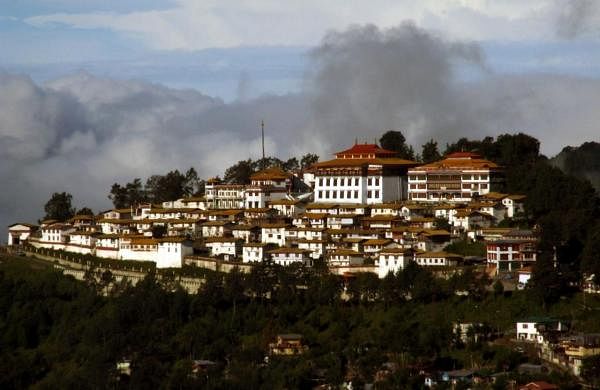 GUWAHATI: A Buddhist monk died of Covid-19 in Arunachal Pradesh while 12 Catholic nuns, including a doctor, tested positive for the disease at a missionary hospital in Assam.

Official sources said the 40-year-old monk was suffering from kidney-related ailments before testing positive for Covid-19 on June 19 - days after his return from New Delhi.

The disease in him was detected during his treatment at a hospital in the India-China border town of Tawang where he hailed from. He was shifted to a hospital at Naharlagun near state capital Itanagar on June 21. He died on Monday. His two brothers also tested positive for the disease.

This is the second such death in Arunachal and the 19th in the Northeast. Assam tops the list with 14 deaths. Meghalaya and Tripura recorded two and one deaths respectively.

The Meghalaya victims are a doctor, who was the state’s first Covid-19 patient, and an eight-month-old baby boy. The minor died on Monday. He hailed from Arunachal.

Meanwhile, the authorities sealed the St. Vincenza Gerosa (VG) Hospital in Assam’s Dibrugarh after the 12 Catholic nuns had tested positive.

The first to test positive was the superior of the VG hospital community. She had tested positive on July 3 days after her return from Guwahati which has suddenly turned out to be a Covid-19 hotspot.

Later, the swab samples of others were collected and 11 people were found to be infected. Four of the nuns are senior citizens, aged 85, 72, 82, and 83 years. Four others had tested negative.