CAA not linked to NRC, nation being misled: Yogi Adityanath at Bihar rally 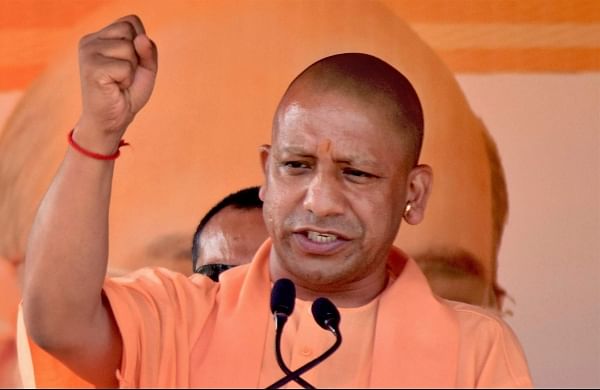 PATNA: Accusing the Congress Party-led opposition of misleading the nation on the CAA, Uttar Pradesh chief minister Yogi Adityanath on Tuesday asserted at a rally in Bihar's Gaya district that it is in no way linked with the NRC.

"It is aimed at granting citizenship for minorities persecuted in the name of religion in other countries like Pakistan, Afghanistan and Bangladesh. Those who are crying hysterically against the CAA are misleading the people of the country in a meticulously planned political strategy," he averred while addressing a public rally at Gaya in support of the contentious CAA.

He made it clear that the NRC brought in Assam was an exercise done at the instance of the Supreme Court.

Singing paeans to the Modi-led government at the Centre, Yogi said the decisions taken on Article 370, the CAA and triple talaq showed the political decisiveness of the government in the larger interests of the nation.

Dispelling the fear psychosis created over the CAA, Yogi categorically called upon the people not to be "misled" by their "misplaced" trust in some decadent political parties which have lost their way in politics because of "appeasement".

Referring to the abrogation of Article 370, he said it was a much-needed step that had left Pakistan in fear of losing PoK to India, drawing boisterous applause from the crowd. He added that the airstrikes on the Balakot terror camp were a strong signal of a new, vibrant and dynamic India.

Justifying the CAA, Yogi said that India, which maintains a long-standing tradition of providing shelter to those seeking refuge after being meted improper treatment on the lines of religion, has done well by passing the law.

"But there is no room for infiltrators in India and the Congress Party has no moral right to oppose the CAA in the name of the Constitution after strangulating it by imposing Emergency in the past," he said.

He was accompanied by Bihar's deputy CM Sushil Kumar Modi and other senior leaders.

Over a hundred people of various castes and communities are on an indefinite dharna against the CAA and the NRC since December 27 at Gaya's Shanti Bagh.

Opposition leader Tejashawi Yadav of the RJD also went to express solidarity with the people sitting on dharna.