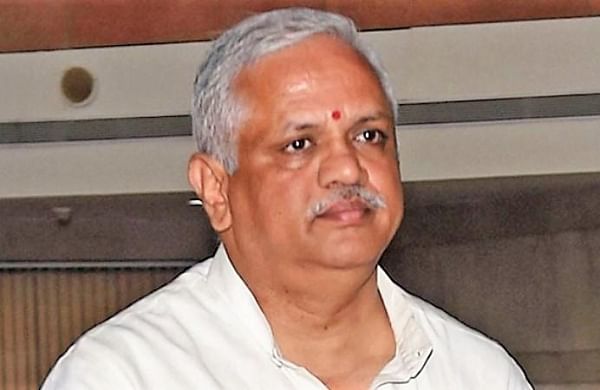 MYSURU: Asserting that the BJP Government at the Centre is committed to implementing the Citizenship Amendment Act (CAA), party national organizing secretary BL Santhosh declared here on Friday that the registration process will take off in the next 20 days.

He also sought to dispel fears about the Act saying that no one, including the BJP, can snatch away the citizenship of minorities, which is guaranteed under the Constitution.

Hitting out at the Left and other opposition parties, the intelligence community and a section of Muslims for carrying out a ‘malicious and mischievous campaign’ against Prime Minister Narendra Modi-led government and the Citizenship Amendment Act, he said that Muslims need not worry as there will be no infringement on their rights or citizenship.

“When the CAA does not even apply to Indian Muslims, who has asked actor Naseeruddin Shah, politicians CM Ibrahim and Zameer Ahmed or others to produce any documents?” Santhosh questioned.

“We are not worried about the protests. Only a section of Muslims, intellectuals, and ultra-Leftists have taken to the streets spreading fear that people’s Aadhaar card and other benefits will be withdrawn. We are speaking to Muslim clerics and people from the community across the country to clear the air. Once the registration starts, we will know the exact number of refugees,” he said.

Referring to the 1950 pact signed by the Indian and Pakistani governments to protect the interests of minorities in both countries and to ensure the dignity of life, employment, and property, Santhosh said the BJP government is only fulfilling its constitutional obligations.

“The Hindu population has reduced from 23% to just 2.3% in Pakistan in the decades after Partition. About 68% of the refugees from that country are Dalits who include Valmikis, Bhovis, Megawalis and others. What should we do when they come running to India?

The government is committed to ensuring a respectable life for them as they cannot get shelter in any of the Islamic states”, he said.

He criticised the Congress and Rahul Gandhi for opposing the CAA, pointing out that former Prime Minister Indira Gandhi had herself agreed that citizenship can be decided by the government based on the conduct of refugees.

Pointing out that Rahul Gandhi had not accepted the invite of BJP president J P Nadda for a debate on the CAA, Santhosh observed that many prominent Congress and Muslim leaders have preferred to remain in the shadows fearing that it may lead to a backlash.

The constitutional process has been completed and the CAA will be implemented across the country. The resolutions passed by the state assemblies of Kerala and Punjab, rejecting the CAA, do not hold good under the Constitution, he added.

‘Cauvery row will be resolved’

Santhosh said the BJP government, which took steps to repeal Article 370, abolish triple talaq, resolved nagging issues in the North-East and passed the CAA, will also put an end to Cauvery water dispute, Belagavi border row, and the Kalasa-Banduri issue.