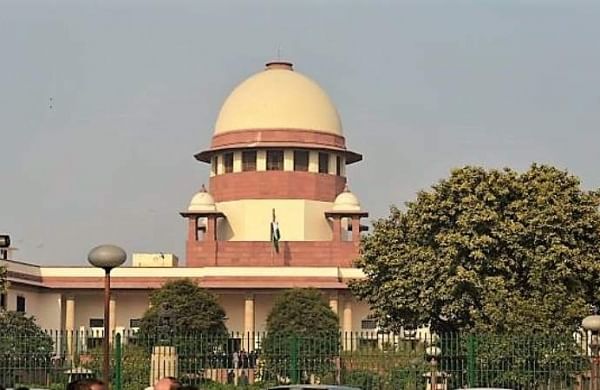 NEW DELHI: The Supreme Court Monday issued notices to the Centre and the Indian Medical Association on a plea seeking contempt proceedings against them for alleged violation of its order in the nation-wide strike by doctors to protest attacks on them in June this year in West Bengal.

A bench of Chief Justice S A Bobde and Justices B R Gavai and Surya Kant, while issuing notices, observed that the treatment of critically-ill patients should not get hampered in any circumstances.

The contempt plea, filed by NGO 'People For Better Treatment' which is run by Ohio-based AIDS researcher Kunal Saha, referred to an order of apex court passed in 2014 and said that doctors' strike-call was in violation of that direction.

Health-care services were severely affected across the country after the IMA launched nationwide protest to express solidarity with agitating junior doctors in West Bengal against brutal attack on their colleagues by relatives of a patient who died during the treatment, it said.

The top medical body by its nation-wide protests had willfully violated the apex court's November, 2014 order in which it had categorically held that "doctors should not resort to strike under any condition", it said.

The plea further stated that despite repeated orders from the top court, doctors have resorted to strike disrupting hospital services bringing "endless pain, suffering and death" for the hapless patients for satisfying their personal grievances against the government.

The plea alleged that the IMA had negligently and "most recklessly" indulged into the contemptuous act against the court by joining the doctors protest in June and the protests held indicate the unlawful attitude of IMA medical leaders.

"The unfortunate chronology of events related to the frequent doctors' strikes in India holding the defenseless patients at ransom despite repeated calls against it from the apex court and high court demonstrate the overtly reckless, uncaring, immoral and unlawful attitude of our medical leaders, in particular by the leaders of IMA," the plea said.

It also said that the IMA in violation of the apex court's order had called a nation-wide doctors' strike on 17th June, 2019 to demonstrate their solidarity to the striking doctors in Kolkata, and that such a "wilful and reckless non-compliance" was a highly contemptuous act.

"The contemnors (IMA) herein, being the largest medical group in India and Ministry of Health, are absolutely liable for the deliberate and blatant breach and disobedience of November, 2014, order of the Supreme Court," the plea said.

(THE NEW INDIAN EXPRESS)
222 Days ago