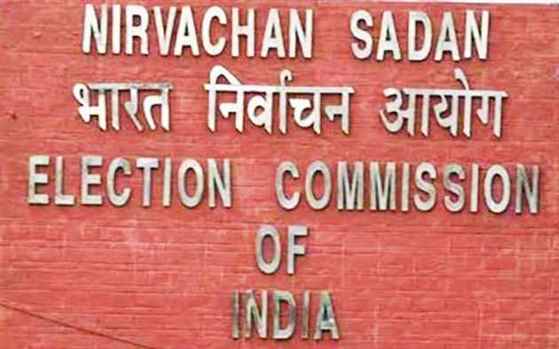 Kolkata: Campaigning for the final phase of Lok Sabha elections in West Bengal will end at 10 tonight for the remaining nine seats, a day ahead of the scheduled closing.

Electioneering has been curtailed by the Election Commission in the state following Tuesday's violence in Kolkata during BJP President Amit Shah's roadshow.

Campaigning for 50 constituencies spread over six states and one union territory will come to a close tomorrow evening. The polling for all the 59 parliamentary constituencies will take place on Sunday.

He said, those involved in the act of vandalizing the statue of social reformer Ishwar Chandra Vidyasagar, should be given an exemplary punishment.

A bust of 19th-century reformer Vidyasagar was desecrated during the violence on Tuesday. Mr Modi said, the ruling Trinamool Congress is destroying the rich heritage and culture of Bengal and the entire country is a witness to the happening in the State during the last few days.


Speaking at a rally at Mandirbazar, Ms Mamata Banerjee accused BJP activists of destroying the heritage of the state. Earlier in the day, Prime Minister Modi addressed rallies at Mirzapur, Chandauli and Mau in Uttar Pradesh.

He said, NDA government fought terrorism and Naxalism resolutely and has ensured a corruption free government. He accused the previous governments of Samajwadi Party, BSP and the Congress of closing sugar mills in the state and destroying carpet industry.

He said, NDA government is committed to the welfare of the poor, farmers and women. Mr Modi said, the government worked on the principle of 'Sabka Saath, Sabka Vikaas'. He said, BJP's policy on terrorism is very clear and it will never compromise with the safety of the soldiers.

BJP President Amit Shah held rallies at Maharajganj, Salempur, Ballia and Deoria in Uttar Pradesh. He said, the Ayushman Bharat scheme of the Centre has benefitted 26 lakh people. The BJP Chief said, NDA government tried to improve the living standards of 50 crore people of the country. He also held a road show in Gorakhpur.

Congress President Rahul Gandhi campaigned at Kushinagar in Uttar Pradesh and Patna in Bihar. He said, if voted to power the party will waive off farmers loans and implement the Nyay scheme which will give a jump start to the Indian economy and will generate employment for the people.


The Congress President said, demonetization has ruined the economy and business.

Campaigning at Maharajganj in Uttar Pradesh, party general secretary Priyanka Gandhi Vadra said, BJP government cannot be trusted again as it failed to keep up its earlier promises. She promised that Congress will fill vacant posts in government departments if it comes to power.

Samajwadi Party Chief Akhilesh Yadav said, Prime Minister Narendra Modi had promised to turn Kashi into Japanese city of Kyoto but there is no improvement.

Actor turned Politician and BJP candidate from Gurdaspur Sunny Deol held a rally at Batala and conducted a roadshow in Bathinda in Punjab.

Our Bhopal correspondent reports that electioneering is in full swing in Madhya Pradesh. The seventh and final phase of Lok Sabha elections will cover 13 seats in Uttar Pradesh; all 13 in Punjab; nine in West Bengal; eight each in Bihar and Madhya Pradesh; all four constituencies in Himachal Pradesh; three in Jharkhand and the lone seat of Chandigarh.