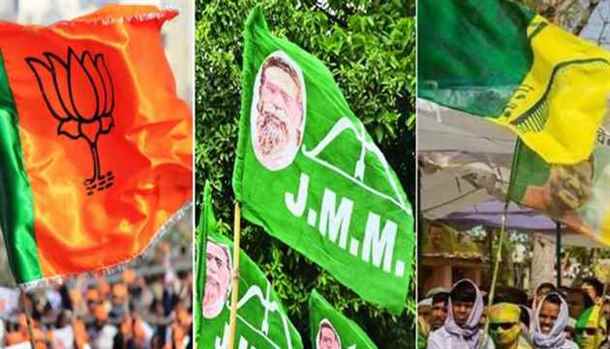 Out of 17 Assembly seats campaigning would end at 3.00 P.M. in 12 constituencies while in Ranchi, Hatia, Kanke, Ramgarh and Barkattha constituencies public meetings and rallies can be held till 5.00 P.M. On the last day of campaigning, senior BJP leader Shivraj Singh Chauhan, Congress leader Jyotiraditya Scindia, Raj Babbar, JMM leader Shibu Soren, Hemant Soren and other senior leaders would hold public meetings. In the third phase total 309 candidates including 32 women are in the fray.

AIR correspondent reports that in the third phase of Assembly elections main issues of campaigning are hovering around employment, education facility, increase in inflation, reservation for backward classes and women security. BJP leaders are trying to capitalize on schemes and works of their government in Centre and State.

On the other hand, Congress-JMM and RJD alliance has focussed on criticizing the BJP-led Government over problems of tribal people, youths and farmers in their public meetings and rallies. Jharkhand Vikas Morcha (JVM) and All Jharkhand Students Union (AJSU) are promising better prospects for people, if voted to power.

Meanwhile, BJP Jharkhand Unit has expelled former State Minister and sitting MLA Saryu Roy, senior leader Barkunwar Gagrai and some others due to their anti-party activities for six years.