'Can't continue when my oath to Constitution denied to me': Priyanka Chaturvedi quits from anchoring Sansad TV show 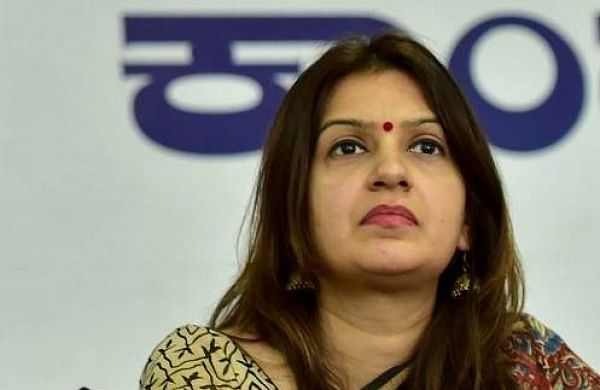 NEW DELHI: Protesting against the suspension of 12 Rajya Sabha MPs including herself, Shiv Sena’s Priyanka Chaturvedi tendered her resignation from the responsibility of anchoring the Sansad TV show called Meri Kahani. The MP from Maharashtra is among the 12 suspended for the entire session.

In a letter to Rajya Sabha chairman M Venkaiah Naidu, Chaturvedi stated she was stepping down.

“After my arbitrary suspension, that has totally disregarded established parliamentary norms and rules to stifle my voice, my party’s voice inside the chamber, I am unwilling to continue taking space on Sansad TV when my primary oath to the Constitution is being denied to me,” she wrote.

She added that this was injustice.

“That this suspension also chose to disregard my parliamentary track record and my contributing beyond the call of duty so as to give a platform to women parliamentarians to share their journey, I believe injustice has been done but as it is considered valid in the eyes of the chair, I must respect,” she stated in the letter.

“I believe it is my duty that when the highest number of women MPs have been suspended in the recorded history of Rajya Sabha for an entire session for speaking up for the people of this country, I need to speak up for them and stand in solidarity for them,” the letter said.

She thanked the Rajya Sabha chairman and Lok Sabha Speaker for considering her worthy of the responsibility given to her in the Sansad TV show.

Chaturvedi also thanked the Sansad TV team for working with her and enriching her experience.

The 12 MPs were suspended at the end of the Monsoon session of Parliament following the impasse over the alleged use of Pegasus spyware.