Captain Kohli throws weight behind Rahane, but says will take a call after meeting with selectors and Dravid 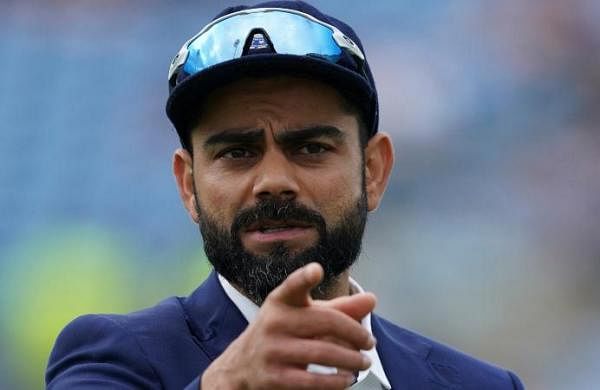 CHENNAI: With a difficult tour of South Africa looming — the only country where India are yet to win a Test series — Test captain Virat Kohli has thrown his weight behind under fire Ajinkya Rahane. On a day where India defeated New Zealand at the Wankhede Stadium by a massive 372 runs to go atop the ICC Test rankings, Kohli admitted there will be discussions about the middle-order, but will not take any decision owing to outside pressure.

In a series where the spotlight remained firmly on Rahane and Cheteshwar Pujara, the experienced duo continued with their lean patch and failed to touch 50 even once. If that in itself wasn't enough to raise doubts over their spot, Shreyas Iyer's impressive show in the two matches, where he even scored a century batting at No 5 in his debut Test, has only added more pressure on the duo. When Kohli returned for the second Test, he was supposed to take a decision on who will make the middle-order cut at Wankhede, but injury to Rahane meant there was no need for it.

However, the situation will change when the team lands in Centurion for the first Test where everyone is fit and available. With KL Rahul and Rohit Sharma being the first-choice openers, India now also have Shubman Gill as an option to consider for the middle-order alongside Iyer. Despite their recent performances, what seems to be counting in favour of Rahane and Pujara is that, the duo have crucial contributions when the chips are down, an aspect India don't want to miss in South Africa.

Speaking at the end of the match on Monday, Kohli said he would continue to back his No 3 and 5. “I can't judge Ajinkya's form. Nobody can judge anybody's form, for that matter,” Kohli said. “Because only an individual knows what part of his game he has to work on. But, as I have said in the past, it is important to back those players who have made impact performances in difficult situations and important Test matches in the past. We don't entertain this kind of atmosphere in the team that a player starts worrying about 'what next' the moment he is under a little bit of pressure.”

Within the team management and the selectors, there is also acknowledgment that with all the pressure, the difficulties of living in a bubble-life has also not helped them. The duo, who only play long format, have not even had the opportunity of playing any first-class matches which players have used in the past to keep their rhythm flowing. In case of these two it has been start-stop, where continuity becomes an issue. In that sense, once they return from South Africa tour, the two may be asked to play in Ranji Trophy before the Sri Lanka Tests commences on February 25.

“We can't expect this kind of balance from those outside; where those who are singing praises will be asking for a player's head in two months. We don't react that way ever, nor will we do it in the future because we know how much effort and hard work a person put in to get into a positive mental space, and we will support it. Be it Ajinkya or whoever. We will never take decisions based on the outside atmosphere.”

That said, Kohli also revealed that he is set to meet the selectors and head coach Dravid as India now have alternatives who are lined-up. That India want a clear role is understandable because uncertainties about the role could prove detrimental. With regards to Iyer and Gill, Kohli said any decision would be taken only after discussions. “That's a discussion that needs to take place: who we think are specialists in certain positions. These are not the things I can sit here and answer in a press conference. You need discussions on these, you need to analyse what is best for the team and the individuals as well, and come to a common conclusion,” Kohli added.