Cases against 250 tribals for holding protest amid lockdown in Maharashtra 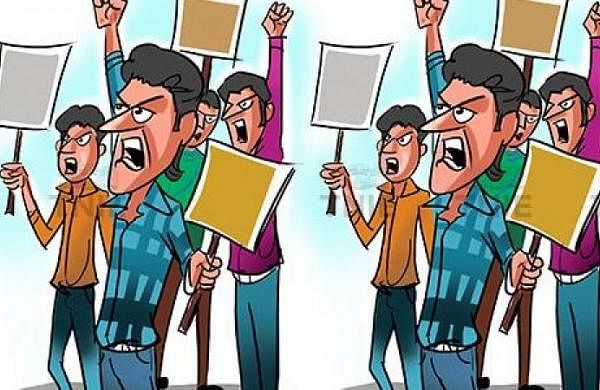 PALGHAR: Police have registered cases against around 250 tribals for allegedly holding sit-in protests at different places in Maharashtra's Palghar district despite the lockdown to press for their various demands like getting ration cards, an official said on Thursday.

The tribals have been holding sit-in protests outside the tehsil offices in Mokhada, Vasai, Dahanu in the district since the last couple of days, Palghar police spokesperson Sachin Navadkar said.

Offenses were registered against the protesters in Mokhada, Vasai, Dahanu and some other police stations under IPC sections 188 (disobedience to order duly promulgated by public servant) and 269 (negligent act likely to spread infection of disease dangerous to life), the Epidemic Diseases Act, and the National Disaster Management Act, he added.

Nobody has been arrested so far, he said. Similar protests were held in Thane city and the tehsil offices at Shahapur and Murbad in Thane district.

At least 150 protesters have been booked for holding the protests at different places in Thane district, a police official said.