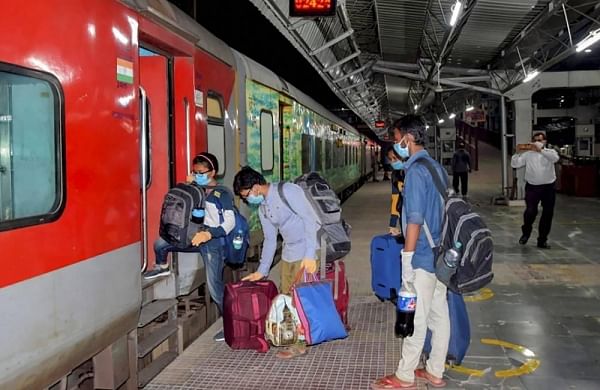 NEW DELHI:  The Railway Board has decided to implement 20 ideas given by its employees to ensure safer train journeys and enhance passenger comfort.

The suggestions include a warning bell for travellers at stations before the train departs, real-time CCTV monitoring and printing of unreserved tickets through mobile phones.

The national transporter, in 2018, had launched a dedicated portal to record innovative ideas of its employees across all zones and implement them across the railway network.

According to officials, the portal received over 2,000 entries from September 2018 and December 2019. The railways, through its July 10 order, has decided to implement 20 such entries.

Some of the technical suggestions that are to be implemented include a vehicular system for ultrasonic flaw detection development developed by the North Central Railway, using pyrometers to monitor temperature of tracks developed by the Malda division.

Among the suggestions by railway employees to improve passenger comfort are natural water coolers that need no electricity and have a life of 10 years.

These coolers have already been installed at Borivali, Dahanu Road, Nandurbar, Udhana and Bandra railway stations. Real-time CCTV footage monitoring is also one of the suggestions.

Currently, Humsafar trains have CCTVs installed in them but their footage is not monitored in real time.

Northern Central Railway has devised a method to monitor it real-time with a display unit being provided in the guard’s compartment.