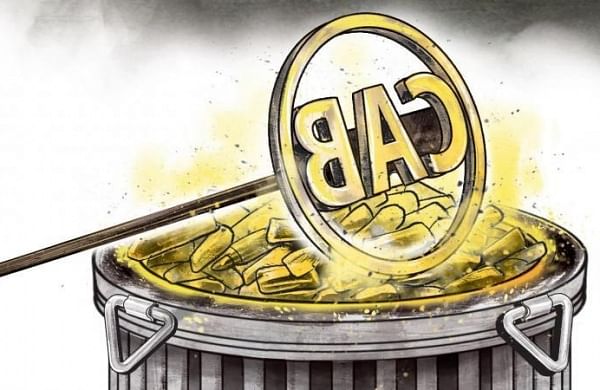 KOLKATA: The Censor Board has recommended certain modifications in four pro-CAA advertisement films, including deletion of the word "Bangladesh" from one, after which the filmmaker has said she might consult her lawyers before incorporating the suggestions.

In a letter to the producer and director of the films Sanghamitra Choudhury earlier this week, the CBFC (East) said the word "Bangladesh" be "cut or replaced", she told PTI.

The filmmaker was also asked to replace the word "Hindu" with "Hindus from three neighbouring countries".

Expressing "helplessness" over the delay in their release due to the objections raised by the Central Board of Film Certification (CBFC), Choudhury, also a BJP Mahila morcha leader, said a month and half had already lapsed since the series was made.

"Much time has already been wasted before we could air the series on certain TV channels," she said.

CBFC's regional officer Partha Ghosh, who signed the letter, was not available for comments.

However, another CBFC source said the board did not intend to hold back the films but wanted to ensure that they fulfilled "all criteria" of the Censor Board before release.

In the letter, changes were also suggested in the last part of a sentence in the first film of the series which says "CAA pass hoye gechhe" (the CAA has been passed) to "CAA howaye sabar subidha hoyechhe, amra sabai nagorik (the CAA has taken care of all of us. We all are Indian citizens).

Insertion of a disclaimer was also recommended at the beginning of each of the films which should read-- according to the Citizenship (Amendment) Act (CAA), 2020, "any person belonging to Hindu, Sikh, Buddhist, Jain, Parsi or Christian community from Afghanistan, Bangladesh or Pakistan, who entered into India on or before the 31st day of December, 2014, and who has been exempted by the Central government by or under section 3(2) C of the Passport (entry into India) Act, 1920. (serve) purposes of this act".

Chaudhury said one of the films drives home the point that Muslims born in India or those whose parents were born here are citizens of the country.

The other three films highlight the benefits of the new law, seek to clear misconceptions and clarify that furnishing any document is not mandatory for granting citizenship to the targeted beneficiaries.