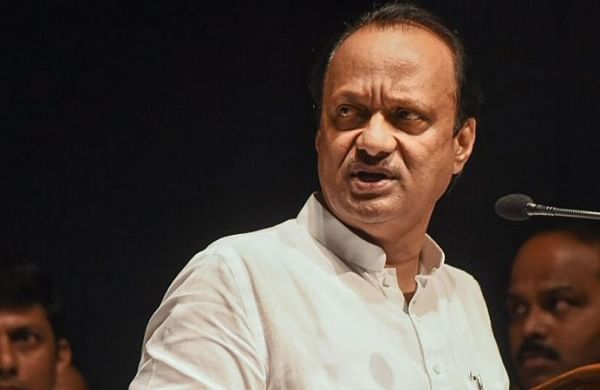 MUMBAI: Maharashtra Deputy Chief Minister Ajit Pawar on Thursday said central probe agencies should work in a transparent manner without any interference and not misuse their powers.

He was replying to queries from reporters on the Enforcement Directorate's (ED) raids in Maharashtra on Thursday as part of a money laundering probe against state Transport Minister Anil Parab and others linked to alleged irregularities in a land deal in coastal Dapoli area of Ratnagiri district and other charges, officials said.

The federal probe agency has filed a fresh case against Parab and others under criminal sections of the Prevention of Money Laundering Act (PMLA).

At least seven premises, including Parab's official residence in Mumbai, linked premises in Dapoli and Pune were being searched by the agency with a security escort provided by the Central Reserve Police Force (CRPF).

Talking to reporters here, Pawar said if the central agencies carry out their probe without interference, no one will oppose them. "Law has given these agencies some powers which they can use on getting complaints. We only want that those powers shouldn't be misused," the NCP leader said when asked about the ED raids against state Shiv Sena minister Parab.

The NCP shares power with the Shiv Sena and Congress in Maharashtra. Pawar also lashed out at state BJP chief Chandrakant Patil for his comments, made during a protest on Wednesday, asking NCP MP Supriya Sule to "go home and cook" instead of being in politics.

"This is not Maharashtra's culture. Patil's statement hasn't been liked by his own party men. Political leaders must exercise restraint when speaking in public, and they should not say anything that will hurt sentiments," he said.

Pawar also said that six Rajya Sabha seats from Maharashtra falling vacant soon will not filled without a contest. "(Former MP) Sambhaji Chhatrapati held discussions with all political parties, but the NCP doesn't have enough votes to get him elected. We can get only one seat given our numbers in the state Assembly," he said.

Six Rajya Sabha seats from the state are scheduled for polls on June 10, with the opposition BJP having the numbers to get two of its candidates elected. The ruling Shiv Sena, NCP and Congress in Maharashtra have enough votes to secure one win each, while together they can win the sixth seat as well, for which the Sena has thrown its hat in the ring.

Pawar also defended the Maharashtra government's recent move to reduce the Value Added Tax (VAT) on petrol and diesel (after the Centre cut excise duty on the fuels), saying the state will lose revenue worth Rs 2,400 crore. "The opposition is demanding that there should have been more tax relief, but we have done all what we could," he said.