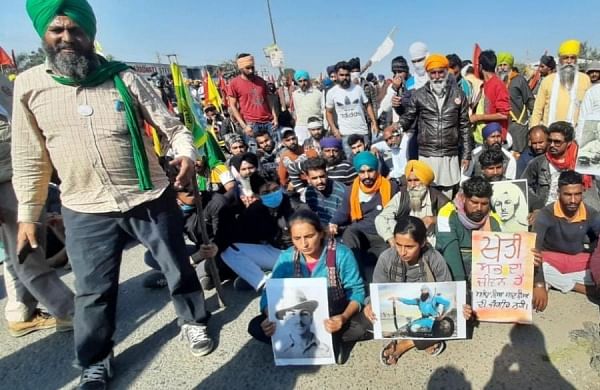 CHANDIGARH: Punjab farmers' bodies protesting against the Centre's farm laws on Friday claimed that the Union government has allowed them entry into Delhi with a permission to hold their agitation at the Burari ground.

He said that officials of the Union home ministry had allowed them a place at Burari in Delhi to hold agitation.

Centre has now allowed farmers to enter Delhi, yet the @mlkhattar govt. is resorting to brutal force to stop them from marching peacefully to the national capital? What's the need for such harsh measures? This barbarism needs to stop right now @mlkhattar ji.

"I welcome Centre’s decision to allow farmers to enter Delhi to exercise their democratic right to protest. They should also now initiate immediate talks to address farmers' concerns on the #FarmLaws and resolve the simmering issue," he tweeted.

Earlier, farmers had demanded that they be allowed to hold their protest at the Ramlila ground but the Delhi Police had denied the request.

Despite heavy security deployment, groups of agitating farmers from Punjab and Haryana reached near two Delhi borders on Friday morning after breaking police barricades on the way as part of their protest march against the Centre's new farm laws.

The Delhi Police has enhanced deployment of security personnel, stationed sand-laden trucks and water cannons and used barbed wire for fencing at the Singhu and Tikri border points (Delhi-Haryana border) to prevent the protesters from entering the city.

Farmers have been protesting against the Centre's three farm laws and expressed apprehension that they would pave the way for the dismantling of the minimum support price system, leaving them at the "mercy" of big corporates.

They have been demanding that the new laws should be repealed.

The Centre has invited several Punjab farm bodies for talks in Delhi on December 3.