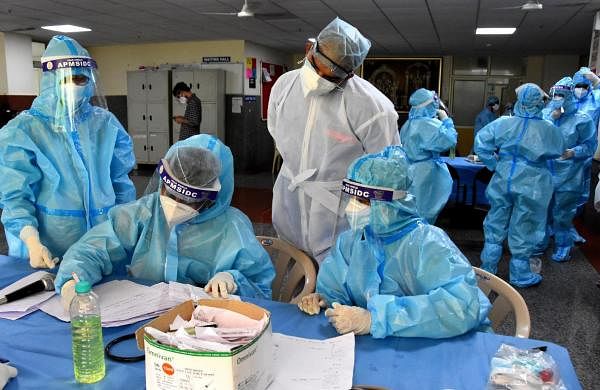 NEW DELHI: The Centre has released Rs 890.32 crore as the second instalment of the Covid-19 relief package to 22 states and Union Territories, and said that the aid has been provided based on the Covid-19 situation in the states.

The second instalment has been sanctioned nearly 4 months after providing Rs 3,000 crore in the first tranche which was distributed among all the states.

Maharashtra, which has the highest Covid-19 case load in India since the beginning of the pandemic, however, does not feature in the list, nor does Bihar--which has seen a near explosion of infection over the last few weeks.

Another state witnessing a rapid surge in cases that has not made the cut is Uttar Pradesh.

“As part of the “Whole of Government” approach where the Centre is leading the Covid-19 response and management, and supporting the states through technical and financial resources, the Covid-19 Emergency Response and Health System Preparedness Package was announced by the Prime Minister,” said the Union Ministry of Health and Family Welfare in a statement on Thursday.

It will also be used for the installation of oxygen generators, cryogenic oxygen tanks and medical gas pipelines in public health facilities and procurement of bedside oxygen concentrators and engagement, training and capacity building of necessary Human Resources and incentives to healthcare workforce and volunteers, including ASHA on Covid duties.

The first instalment of Rs 3000 crore was released in April to all states and enabled them to ramp up testing facilities, augment hospital infrastructure, conduct surveillance activities along with procurement of essential equipment, drugs and other supplies.

The health ministry stressed that as part of this package, states have been strengthened with 5,80,342 isolation beds, 1,36,068 oxygen supported beds and 31,255 ICU beds.

“As many as 96,557 human resources have been added in the states and incentive has been given to 6,65,799 personnel,” said the government.