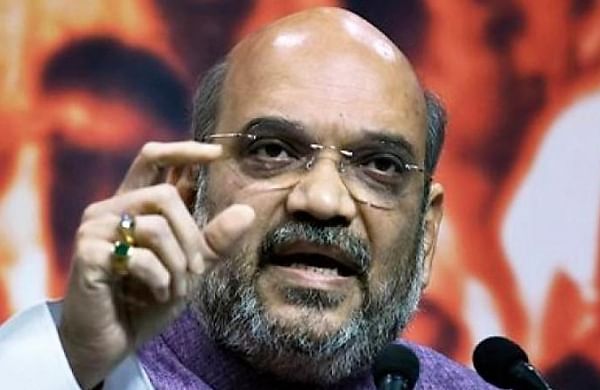 RAIPUR: The Centre's intention is to maintain a "better coordination" with all states, Union Home Minister Amit Shah said on Tuesday while addressing the Central Zonal Council (CZC) meeting here in Chhattisgarh.

Shah chaired the 22nd meeting of the CZC, a forum for the Centre and states to exchange ideas on multiple issues including security and infrastructure, at Nava Raipur.

"The Centre intends to maintain a better coordination with all the states," Shah said in his address. He also said that the Centre will extend support to states on all the fronts for their betterment. The issue of cooperative federalism is currently debated in certain quarters in the context of the Citizenship Amendment Act (CAA).

Earlier in the day, senior Congress leader and Madhya Pradesh Chief Minister Kamal Nath said that several issues have led to the confrontation between the Centre and states, though he avoided any specific mention. He said such confrontation not only causes harm to the country but also hampers its smooth functioning.

Chief Ministers of Madhya Pradesh, Uttar Pradesh and Uttarakhand are attending the meeting while Chhattisgarh CM Bhupesh Baghel is present as the vice chairman.

The regional councils of states were formed for maintaining better coordination and address various issues between the Centre and states, and of the states among themselves. Shah said the Centre has made efforts to hold such meetings regularly, "which would yield better results".

"The chief ministers of the four states have put forth several issues. There are a lot of expectations in view of the lack of resources. In democracy, even people have lots of expectations from the elected representatives. However, it is not possible to meet the expectations every time," the Home Minister said.

However, the Centre is intended to maintain a better coordination with all the states and stand by them in their problems "be it budgetary support, on development issue and law and order situation," he said.

Besides the CMs, two ministers from each of the participating states, their chief secretaries, and senior officials are attending the meeting. According to an official, the CZC takes up the issues involving the Centre and the member states falling under respective zones.

The zonal councils thus provide a forum for resolving disputes and irritants between the Centre and states, he added. A broad range of issues ranging from security and infrastructure to forests and environment are generally discussed at these meetings.

Shah is set to address a meeting of BJP workers and intellectuals here at the Kushabhau Thakre Parisar, the state office of the BJP, in late afternoon.