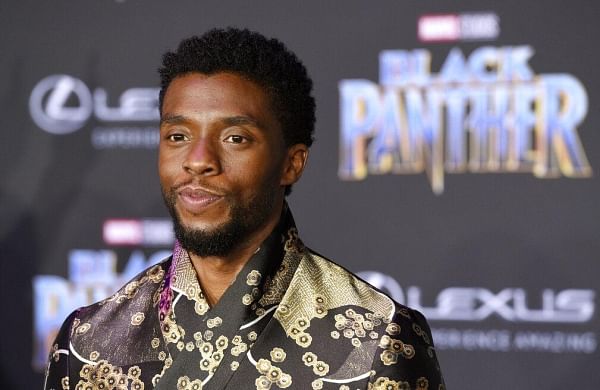 LOS ANGELES: Angela Bassett has praised Marvel Studios' decision of not bringing in a new artiste or digitally recreate Chadwick Boseman's likeness for the "Black Panther" sequel as she believes the late actor is "completely irreplaceable".

Boseman, who passed away in August at the age of 43 following a quiet battle with colon cancer, played King of Wakanda, T'Challa aka Black Panther, in the Marvel Cinematic Universe project.

Bassett essayed the role of Black Panther's mother Ramonda in the 2018 movie.

In November, Marvel Studios' Victoria Alonso confirmed that the studio would not digitally recreate Boseman, while last month Disney announced that there are no plans of recasting the late actor in the sequel.

"That's interesting. Well I had not thought about that idea, but of course it is Wakanda and they are, in terms of technology, they are so far ahead of the rest of the world that they would be able to bring some of that," Bassett told Entertainment Tonight.

The 62-year-old actor said she is looking forward to what Marvel Studios chief Kevin Feige and director Ryan Coogler have in store for the team as well as the audiences.

"It's a tremendous loss but Kevin (Feige) and the Marvel universe and Ryan (Coogler), the director, the writer from before, they are committed to telling (a story) and equally as much as we can, equally planned.

So we are looking forward to that.

Looking forward to what they come up with," she said.

She said the love people have for Boseman cannot be duplicated.

"Our brother held it really close, really close to the chest. But his legacy, his loss, the love and appreciation that we have for who he was and what he shared with us cannot be (replaced) It is missed and appreciated and cannot be duplicated. It's a tremendous honor and, yes, he is completely irreplaceable."