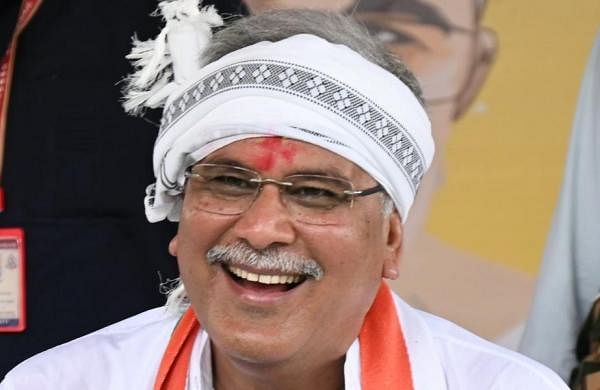 RAIPUR: Often in the news for Maoist activities, the hot zone of Dantewada in south Chhattisgarh will grab headlines for another reason when Chief Minister Bhupesh Baghel offers a 11-km-long red stole at the local goddess temple on Sunday.

The attractively-designed chunri (stole) in red - the colour believed to engage positive energies and divine vibrations among worshippers - has been prepared by around 300 women, who work with the DANNEX Garment Factory. The unit was started a year and a half ago by the district administration.

The move has empowered local women who are stitching and designing garments of branded textile companies which place their orders from across the country.  Traditionally, temple deities in the region are offered chunri.

"Offering the Mata Ki Chunri would be a significant occasion in the history of Dantewada, when our CM himself will offer it during the ceremony at Danteshwari temple on Sunday. A world record is going to be created as 300 women at DANNEX have prepared the 11-km-long chunri," said Dantewada collector Deepak Soni.

He added that the occasion will break the previous record of 8,000-metre chunri dedicated earlier to Narmada Maiya at Mandsaur in MP. "We are privileged to prepare the chunri which will set a world record. We were thrilled when asked to engage in the pious work to prepare the 11,000-metre stole in honour of Maa Danteshwari," said the women workers.