Chhattisgarh: Journalism university renamed after getting vice-chancellor having RSS background 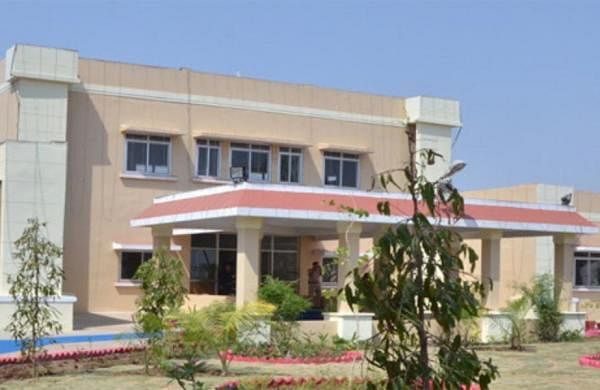 RAIPUR: "The Governor has done her job and now the state government will do its work," was the response of the Chhattisgarh chief minister Bhupesh Baghel early this month after the Rajbhawan appointed professor Baldev Bhai Sharma, having an RSS background, as the new vice-chancellor of state-run journalism university.

The Congress-ruled Chhattisgarh now took a cabinet decision to rechristen the university named after Kushabhau Thakre (former father figure of the BJP) as Chandulal Chandrakar University of Journalism and Mass Communication. It will now be presented in the state Assembly following which the assent of the Governor would be required.

The opposition BJP called the government's decision as 'symbolic of unprincipled politics'. "The Congress once again is attempting to set a wrong precedent in the state. It seems the state government continues with the mindset of political vindictiveness", said the former chief minister Raman Singh under whose tenure the university was set up.

"Chandulal Chandrakar who represented Durg seat in the parliament from 1970 to 1991 was among the first to raise the demand of separate state of Chhattisgarh. He also began his career in journalism from 1945. So it appears as the master stroke of the ruling Congress government," said Ashok Tomar, a political observer.

Governor Anusuiya Uike early this month appointed Sharma as the VC of the journalism university. The CM was irked with the Rajbhawan’s decision. Sharma was editor of ‘Panchjanya’ — the RSS mouthpiece.

The state government is also contemplating to bring an amendment in laws to reduce powers of the chancellor (Governor) related to the state universities.

It was on March 7 an year ago when the previous VC Mansingh Parmar had resigned after the Congress came to power in Chhattisgarh. But for a year, the students of journalism university stared at uncertainty yearning for academic scholarship, which was missing owing to the “much delay” in the appointment of a new full-time vice-chancellor.

(THE NEW INDIAN EXPRESS)
110 Days ago