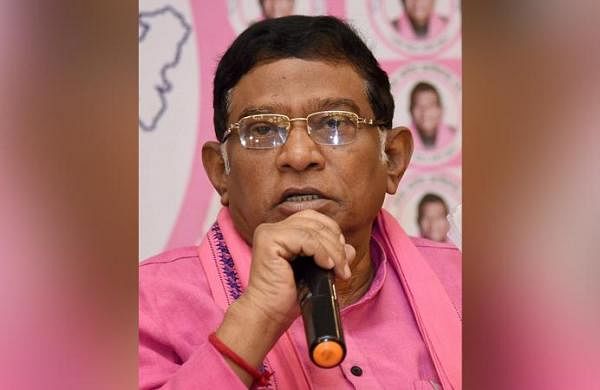 RAIPUR: Former Chhattisgarh Chief Minister Ajit Jogi, who suffered a massive cardiac arrest and was put on a ventilator, passed away on Friday after battling for life for almost 20 days in a private nursing home in Raipur.

A 74-year-old bureaucrat-turned-politician, Jogi served as the first Chief Minister of Chhattisgarh from November 1, 2000 till December 4, 2003.

His wife Dr Renu, an MLA who is also an ophthalmologist, and son Amit were with Jogi when he breathed his last.

Jogi's last rites will be performed at his native Gaurella in Bilaspur district on Saturday, his son informed. “Not just me but the entire Chhattisgarh lost not a leader but a father”, Amit tweeted.

On May 9, Jogi suffered a cardiac arrest in the garden of his residence after a tamarind seed got stuck in his wind pipe and he collapsed on his wheel chair. There was a short cessation of breathing followed by abrupt loss of heart functioning and consciousness. He was rushed to the hospital.

Jogi faced a condition of hypoxia (deprived of adequate oxygen supply at the tissue level) to his brain with negligible neurological activity. With his condition showing no improvement, he slipped into a coma and remained on ventilator support.

Seen as one of the most admired politicians in Chhattisgarh, political leaders across party lines offered condolences on his death.

The Chhattisgarh assembly polls in 2018 was his last election contest from Marwahi (ST) seat (in Bilaspur) — his traditional bastion he had represented thrice earlier.

He and his son Amit were expelled from Congress party owing to anti-party activities following which he floated a regional outfit Janta Congress Chhattisgarh-J in June 2016. He continued nurturing political ambitions in Chhattisgarh entering into a pre-poll alliance with BSP supremo Mayawati and winning seven out of 90 seats in the 2018 polls.

Controversies have always dogged him both as a bureaucrat in Raipur and Indore or later after he became the Chief Minister.

Dr Renu, who hailed from Jabalpur, said in the biography ‘Ajit Jogi: Unkahi Kahani’ (Ajit Jogi- The Untold Story) that he has often been in controversies largely owing to his honesty and integrity.

Even Jogi’s foes in political circles cited him as “sharp, intelligence, astute who rarely misses to score on every opportunity as and when they came to him”. He was known to resolve issues through political acumen. The BJP’s allegation that he was not a tribal but a Satnami was turned by Jogi to his advantage by building a base among the Satnami community having a substantial vote bank in Chhattisgarh.

His political career began under Arjun Singh and was later nurtured by Rajiv Gandhi when he got close to 10 Janpath. Rajiv was convinced of his capabilities while he was Indore collector. He assumed a key position as chief Congress spokesperson in the AICC after resigning from the bureaucracy and joining the Congress.

The Congress sent him to the Rajya Sabha from Madhya Pradesh in 1986-92 and again in 1992-98. Amidst a lot of political upheaval, Jogi finally became the first CM of Chhattisgarh following Sonia Gandhi’s approval.