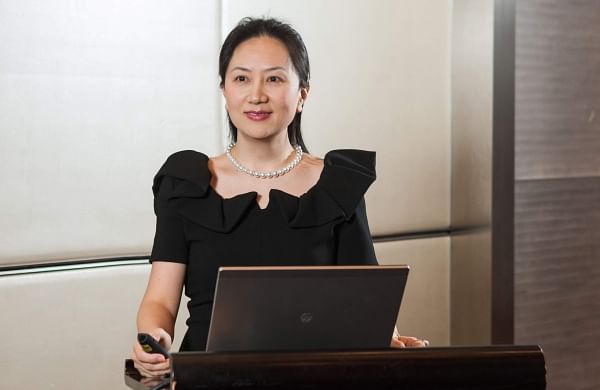 BEIJING: China on Thursday accused the US and Canada of abusing their bilateral extradition treaty for political reasons as a British Columbia court ruled that the case against Huawei chief financial officer Meng Wanzhou meets the threshold of double criminality -- charges would be crimes in both North American countries.

Meng, who is deputy chair of the Chinese company's board and daughter of its founder Ren Zhengfei, was detained in Vancouver in December 2018 on the US's charges of bank fraud.

The 48-year-old is also accused of misleading investment bank HSBC Holdings of her company's dealings with the Iran government, which the US had sanctioned.

Meng is fighting extradition to the US. Meng's arrest had stunned China, considering the iconic status of Huawei which is the Asian powerhouse's largest private company.

The US has banned using Huawei products and technology in its telecom network -- citing safety concerns. Both China and Huawei reacted sharply to the court ruling, saying it is politically motivated.

"The whole case is entirely a grave political incident." Huawei, which is headquartered in Shenzhen, said, "We have repeatedly expressed confidence in Meng's innocence.

Huawei continues to stand with Meng in her pursuit of justice and freedom." "We expect that Canada's judicial system will ultimately prove Meng's innocence. Meng's lawyers will continue to work tirelessly to see justice is served," the statement said.

He said the United States and Canada abused their bilateral extradition treaty and arbitrarily took compulsory measures against a Chinese citizen without cause.

"This is a serious political incident that grossly violates the legitimate rights and interests of the Chinese citizen," Zhao said. The US wants Meng to stand trial on charges linked to the alleged violation of the US sanctions against Iran.

Her case has created a serious rift between China and Canada. Meng's lead defense lawyer Richard Peck has argued in court that Canada is effectively being asked "to enforce US sanctions", the BBC reported.

Associate Chief Justice Heather Holmes ruled in British Columbia's Supreme Court in Vancouver that the crimes Meng is charged with in the US would also have been crimes in Canada in 2018.

The approach taken by Meng's lawyers, if upheld, "would seriously limit Canada's ability to fulfill its international obligations in the extradition context for fraud and other economic crimes," she added.

The latest court verdict is just the first step in Meng's fight against US extradition, though a blow to China and Huawei. A ruling in Meng's favor would have helped China portray the US as a bully, and give Huawei a leg up as it pushes for a larger role in global 5G networks, the report said.

Meng's case now moves to another round of hearings on whether the Canadian police arrested her in violation of her rights. If she is successful in the case, Meng would be sent home, perhaps a little later than hoped but with just as much freedom, the report said.