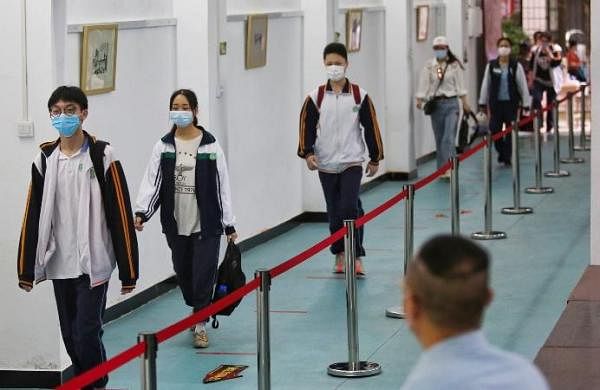 BEIJING: China has reported two new confirmed coronavirus cases, both from abroad and 23 asymptomatic ones, majority of them from COVID-19 epicentre Wuhan, health officials said on Thursday.

According to the China's National Health Commission (NHC), two imported cases - one in Shanghai and the other in Fujian were reported on Wednesday, while no cases of domestic transmission were reported.

However, on Wednesday 23 new asymptomatic cases were reported in the country of which 19 were from Wuhan, the first epicentre of the deadly coronavirus taking the total tally to 84,106 with 4,638 deaths and 79,367 recoveries, as per Johns Hopkins.

In all, 413 asymptomatic cases, including 344 from Wuhan were under medical observation.

Wuhan, where six new confirmed cases came to light after the 76-day lockdown was lifted in April, has reported a number of asymptomatic cases prompting the city officials to conduct mass testing of all of its 11.2 million population.

So far over 6.5 million people have been tested, according to official media reports.

Asymptomatic cases pose a problem as the patients are tested COVID-19 positive but develop no symptoms such as fever, cough or sore throat.

However, they pose a risk of spreading the disease to others.