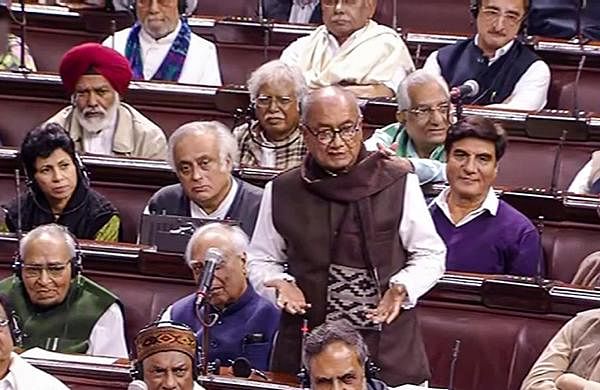 NEW DELHI:  While the Citizenship Amendment Bill, 2019,  has become a reality for all practical purposes, work will be cut out for the Union Home Ministry in sketching out the finer points before
implementing the law. The most important part of which may be identifying whether those who apply for Indian citizenship under the criteria laid out in the CAB really were persecuted due to their faith.

It is unclear at the moment whether the Home Ministry will accept self-attested affidavits to this end or will work in conjunction with the Ministry of Foreign Affairs to verify the claims of the refugees who apply for Indian citizenship.


Senior Congress leader Kapil Sibal said it would be difficult to prove “religious persecution”, which the government has made the ground for granting citizenship.

While opposing the Bill in the Upper House, Congress MP from Assam Ripun Bora cited a statement made by the Intelligence Bureau director while deposing before a joint parliamentary committee that it was “not possible to verify that persons have come to the country due to religious persecution”.

Bora also said that the CAB may pose serious security concerns for the country. He quoted a statement of a senior R&AW official made before the expert committee which scrutinised the Bill. There are no official figures other than records furnished by the Intelligence Bureau before the JPC saying there are 31,313 people belonging to the six minority communities living in India on Long Term Visa.

Bora also questioned the lack of any official statistics to substantiate the purpose of the Bill. “In his speech, the home minister said crores and of people who were religiously persecuted have come and they have not been able to get citizenship.

Where are the crores of people? When did I ask the government how many such religiously persecuted people have applied for citizenship? The reply I got was 4,044 applications. When I asked for a countrywide break, I was told from Aghanistan 687, from Bangladesh 84 and from Pakistan 2,508.

When I asked for religious wise-break up, they said record not maintained. If you do not have data, on what basis are you going to give citizenship to these people?” the MP questioned.

If Sardar Patel meets your prime minister, then he would be very angry…Gandhi Ji would also be sad saying, ‘you are celebrating my 150th birth anniversary and then you do this Anand Sharma

This (bill) is a slap in the face of Parliament. ...I am afraid this government is ramming through (with) this bill in order to advance its Hindutva agenda...This is a sad day P Chidambaram

Today marks a dark day in the constitutional history of India. The passage of the Citizenship Amendment Bill marks the victory of narrow-minded and bigoted forces over India’s pluralism Sonia Gandhi