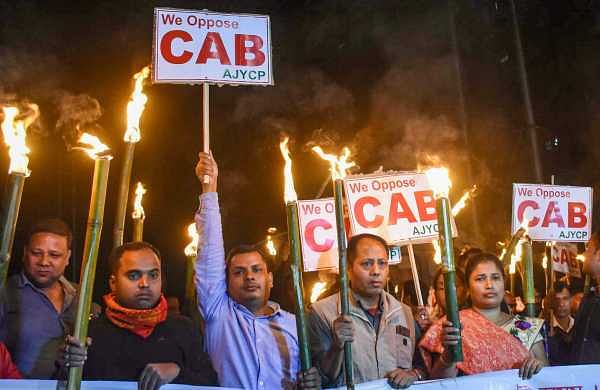 GUWAHATI: Under attack from various quarters in Assam for its endorsement of the controversial Citizenship (Amendment) Bill, 2016, the beleaguered Asom Gana Parishad (AGP) has petitioned the Centre seeking the protection of the Assamese and other indigenous communities in the state.

In a letter, the party urged Union Home Minister Amit Shah to not table the Bill in Parliament in haste even as it demanded the introduction of inner line permit (ILP) system in Assam.

“The people of Assam have been agitating for 35 years for the protection and preservation of Assamese language, culture and socio-economic development of Assamese people through the implementation of Clause 6 of the Assam Accord…When the report of the (Clause 6) high-powered committee is yet to be submitted, the proposed Citizenship Bill ought not to be moved in haste in Parliament,” the party insisted.

The ILP is a travel document, currently enforced in the three “protected” states of Mizoram, Nagaland and Arunachal Pradesh. An “Indian” is required to carry the document while travelling to the states. The stay is permitted for a limited period.

The high-powered committee on Clause 6 was constituted by the Centre for the implementation of Clause 6 of the Assam Accord.

The Clause says: “Constitutional, legislative and administrative safeguards, as may be appropriate, shall be provided to protect, preserve and promote the cultural, social, linguistic identity and heritage of the Assamese people”.

In the letter, the party stressed that the right to land in Assam must be only with the state’s indigenous people.

The regional party, which was born out of the six-year-long bloody anti-immigrants’ agitation of the early 1980s, is facing criticism from both within and outside for endorsing the Citizenship Bill.

Opposition Congress alleged the AGP’s “meek surrender” was due to its lust for power. The AGP is an ally of the BJP and three of its elected members are ministers in the Sarbananda Sonowal cabinet.

(THE NEW INDIAN EXPRESS)
218 Days ago