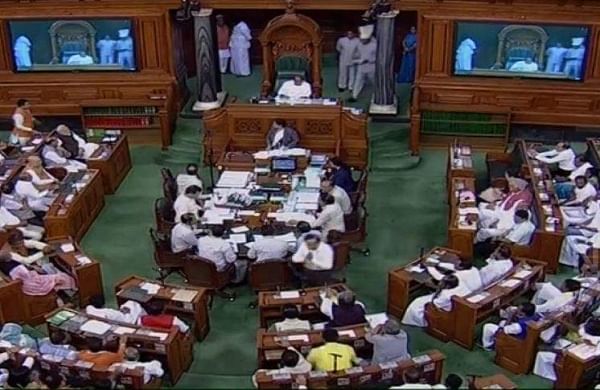 NEW DELHI:  The Maha Vikas Aghadi (MVA) alliance between the Shiv Sena, NCP and the Congress in Maharashtra will face its first big test when the contentious Citizenship (Amendment) Bill is taken up in Parliament next week. While Sena MPs indicated the party would support the controversial legislation, the Congress and the NCP are building pressure on the alliance partner to abstain when the Bill is put to vote.

According to sources, the Congress has asked the NCP to talk to the Sena on the issue. The common minimum programme of MVA says in case of such situations, leaders of all three parties will discuss among themselves and then take a decision. With sharp lines drawn among political parties, the government is all set to table the Bill in the Lok Sabha on Monday. It will be taken up for discussion and passage in the House on Tuesday. The Bill has been allotted four hours’ time for discussion.

While the BJP is bracing up for a politically charged debate in Parliament, it is confident of the smooth sail of CAB not just in the Lok Sabha, where the party enjoys an absolute majority, but also in the Rajya Sabha, where it does not have the majority.

The party is counting on the support of parties like the Biju Janata Dal,  the Telangana Rashtra Samithi and the YSR Congress Party, besides NDA allies, to shore up the numbers in the Upper House. The BJP’s smaller allies in the Northeast, sources said, wouldn’t oppose the Bill, but may abstain after voicing their reservations to the legislative proposal.

Despite realising that the government may manage to get the Bill passed, the Congress is firm in its opposition to the Bill. Opposition parties held talks on Thursday in Parliament to chalk out a joint strategy. While BSP chief Mayawati said her party would oppose the Bill, the Trinamool has been silent on its stand on the Bill so far. The Opposition also discussed launching a “perception and communication” battle on the Bill by reaching out to the people. “The Bill is a commitment given by BJP to the persecuted minorities from Afghanistan- Pakistan-Bangladesh. A revised Bill is coming (before Parliament),” BJP national general secretary Ram Madhav said on Thursday.