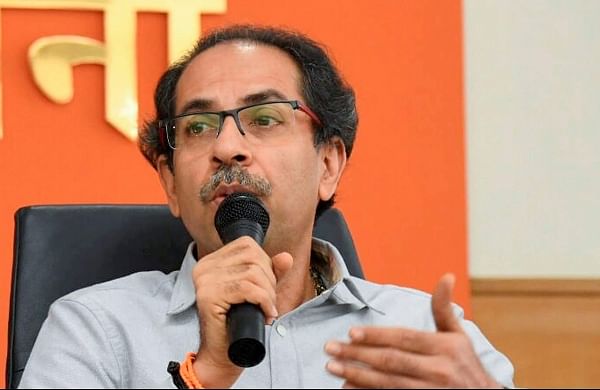 MUMBAI: Ahead of tabling of the Citizenship (Amendment) Bill in Lok Sabha on Monday, the Shiv Sena has questioned whether "selective acceptance" of Hindu illegal immigrants will act as a trigger for a religious war in the country and accused the Centre of apparently doing an "invisible partition" of Hindus and Muslims over the bill.

The Uddhav Thackeray-led party also said "vote bank politics" under the garb of the bill (CAB) is not in the interest of the country.

In an editorial in the party mouthpiece 'Saamana', the Sena also raised the timing of the bill saying, "There is no dearth of problems in India now but still we are inviting new ones such as CAB.

It looks like the Centre has made an invisible partition of Hindus and Muslims over the bill".

The Sena, which has 18 MPs in the Lok Sabha, also pointed out that most of the states from the North East region have opposed the CAB along with Bihar where the BJP is sharing power with the JD(U), and West Bengal.

At the same time, the Sena has appealed to Prime Minister Narendra Modi to take strong action against some neighbouring countries that torture Hindus as he had taken against Pakistan.

"It is true that there is no other country for Hindus except Hindustan. But by accepting only Hindus among the illegal immigrants. Will it be a trigger of a religious war in the country?" the Sena questioned.

"If someone is trying to do a vote bank politics under the garb of the Citizenship (Amendment) Bill then it is not in the interest of the country," it said.

The edit said, "Like Pakistan, PM Modi should teach a strong lesson to other neighbouring countries torturing the communities like Hindus, Sikhs, Christians, Parsis and Jains".

The Sena, which parted ways with the BJP recently to form a government with rivals NCP and Congress in Maharashtra, said the PM has already shown that certain things are "mumkin" (possible).

"Now, he should ensure that these communities won't have to leave their respective countries with similar adventurous actions. This would help in strengthening the country's internal security as well," the edit said apparently referring to the surgical strike and Balakot airstrike.

The Sena, however, said the illegal immigrants staying in India should be sent back to their countries of origin, a stated position of the BJP.

"The exact number of such illegal immigrants should be known. If it is in lakhs then where are they going to be settled in India?" asked the saffron party.

"In Islamic countries, minority Hindus are treated as second class citizens, girls are kidnapped and assaulted and sometimes there are forced conversions," the Sena said.

"Most of the states from the NE region have opposed the CAB besides states like Bihar where the BJP is sharing power with the JD(U), chiefly because immigrants are seen as a threat to their regional culture. West Bengal is another major state opposing the bill," it said.

The Sena said the number of illegal immigrants in Maharashtra is already putting a lot of pressure on local bodies, in providing civic amenities.

"In such a scenario, states like Gujarat and Karnataka will have to play a major and humanitarian role to accommodate these immigrants," the Sena said in a dig at the BJP which is in power in both the states.

The Sena also fired another veiled barb at the BJP over "non-settlement" of Kashmiri Pandits in Jammu and Kashmir.

"It is not clear whether they (Pandits) would go back to Jammu and Kashmir even after the abrogation of Article 370. Will the Centre resettle the illegal immigrants from neighbouring countries in J&K as it is now officially integrated with the rest of the country?" it asked.