Civilian got down from vehicle to move away, killed by militants firing: CRPF on Jammu and Kashmir's Sopore attack 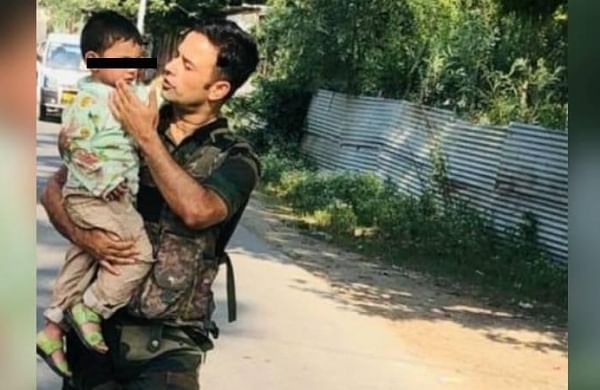 NEW DELHI: Terrorists hiding in a mosque killed an "old man" during the attack on security forces in Sopore town of Baramulla district of Jammu and Kashmir, the CRPF said on Wednesday.

A jawan of the force and the civilian were killed in the attack at Model Town Chowk in Sopore.

The paramilitary force, in a statement issued in Delhi, said the violent incident began when its troops started getting down from their bus at the location to "occupy their respective spots of deployment."

"Militants hiding in the attic of a nearby mosque started firing indiscriminately on the troops resulting in injuries to four CRPF personnel," it said.

"A civilian vehicle which was coming from Sopore and going towards Kupwara was caught in the firing range of terrorists.

"An old man who was driving the vehicle stopped the car and got down from vehicle to move away for safe spot but got killed by terrorists firing," the force said.

Later, it said, a young boy was rescued by security forces personnel who had taken positions nearby.

A photo of a young boy sitting on a man's body, his white shirt soaked with blood, was widely circulated on social media stating it to be from the attack spot in Sopore.

The Jammu-Kashmir Police later shared the picture of the boy being carried by a security personnel on its official Twitter handle, saying it "rescued a three-year-old boy from getting hit by bullets during terrorist attack in Sopore."

CRPF head constable Deep Chand Verma was killed in the gunbattle, while constables Bhoya Rajesh, Deepak Patil and Nilesh Chawde are injured and admitted to a hospital, the force said.The troops were from the G company of CRPF's 179th battalion.