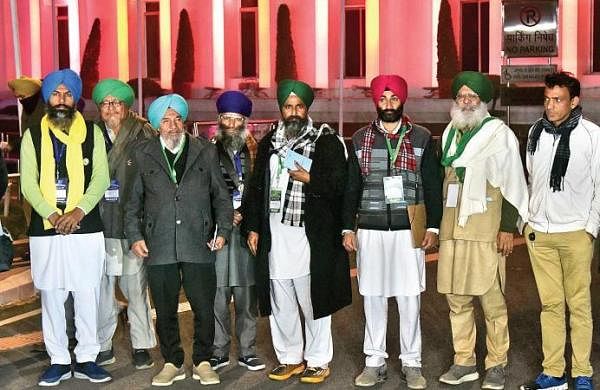 NEW DELHI:  Taking strong exception to the aspersions cast on the four-member committee set up the Supreme Court to resolve the stalemate over the agri laws, Chief Justice of India SA Bobde on Wednesday said no one had a right to malign people’s reputation.

The remarks came during the hearing of a plea filed by Kisan Mahapanchayat seeking reconstitution of the panel after the recusal of Bharatiya Kisan Union (Mann) leader B S Mann.

The bench headed by the CJI and also comprising Justices A S Bopanna and V Ramasubramanian issued notice to the Centre seeking its response and posted the matter for hearing after two weeks.

During the hearing, senior advocate Dushyant Dave and advocate Prashant Bhushan told the bench that the farmer unions they were representing were not interested in participating in the deliberations to be held by the committee as they were firm on their demand for repeal of the laws.

“If you don’t want to appear before the committee, we can’t compel you. But you can’t malign people like this and cast aspersions on them and the court. We have serious objections that members of the committee are criticised and called names,” the CJI said.

Taking note of submissions that opinions on the panel members had been formed on the basis of media reports about their pro-farm laws views, a visibly annoyed CJI said, “You cannot brand people like this... Everyone argues before a judge as if he is arguing on a clean slate but branding people has become a cultural thing now. Even judges express views during hearing. That doesn’t mean they can’t decide an issue.”

Noting that the basis of the plea was that all its current members had earlier expressed views in favour of the laws and hence, were biased, the CJI questioned, “How do you come to that conclusion? They are brilliant minds in the field of agriculture. They are experts. How can you malign them because they expressed some views in the past?... The Supreme Court appoints a committee and their reputation is torn to shreds.”

The bench said the committee had not been given powers to adjudicate and its role was only to hear the grievances of the parties impacted and report to the court.

British Labour Party MP Tanmanjeet Singh Dhesi has raised the issue of NIA sending notices to a number of people who are associated with the farmers’ stir in New Delhi.

Asking a question to the Foreign Minister in the Parliament, Dhesi said over 100 members of the House of Commons have signed and sent a cross-party letter to PM Boris Johnson about “our anxieties for the protesting farmers in India”.

A BJP lawmaker triggered a row in Rajasthan by alleging terrorists were part of the farmers’ protest at Delhi borders.

In a video clip, Dausa MP Jaskaur Meena is heard saying, “Terrorists are sitting there with AK-47s and have pitched the Khalistan flag.”

The Congress in Maharashtra will participate in the ‘long march’ planned by farmer organisations in Mumbai on January 25 against the agri laws.

State Congress leaders, including chief Balasaheb Thorat, will join the march to Raj Bhavan on January 25.