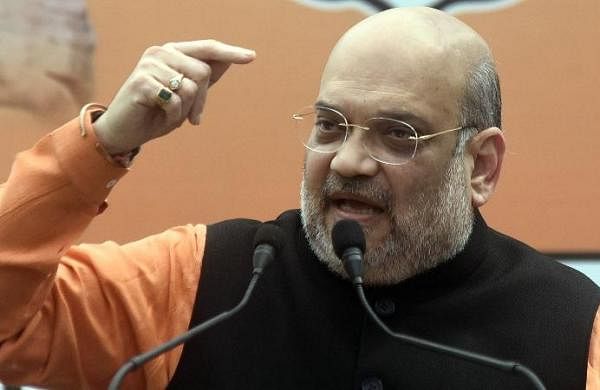 JAIPUR: In a major jolt to former chief minister Vasundhara Raje in Rajasthan, Union home minister Amit Shah on Sunday told the state unit of the BJP that the next Assembly elections will be fought under collective leadership. In other words, there will be no chief ministerial face for the 2023 state elections.

His collective leadership pitch is being seen as a snub to the Raje camp.When Raje’s name was called to welcome Shah, he interrupted, asking how many times would he be greeted. As a result, Raje lost the photo-op, which became a talking point.

“No individual can be equal to an organisation. Everyone has to understand it,” he underscored, which was seen as a barb at Raje.

For quite some time now, her loyalists have been demanding that she be named the CM face.The presence of Shah on the dais with leaders of all factions was a bid to show unity.

Other than differences between the RSS camp of the party headed by state president Satish Punia and supporters of Raje, there are many contenders for the chief minister’s post.

With Assembly elections due after two years, Shah’s visit was an exercise to unite the party factions and contain the discord.

Shah also asked the state unit to gear up for 2023. He claimed that BJP will form the next government in the state with a thumping majority.

“This incompetent and corrupt Ashok Gehlot government has to be thrown out in the 2023 elections,” said Shah.

In response to Gehlot’s repeated remarks that BJP is trying to topple his government, Shah said BJP has no intention of bringing down the government because it will fall on its own.

Referring to the fuel price, he said: “I request Gehlotji to reduce the price of petrol. Or else, the public is waiting to show them the way out.