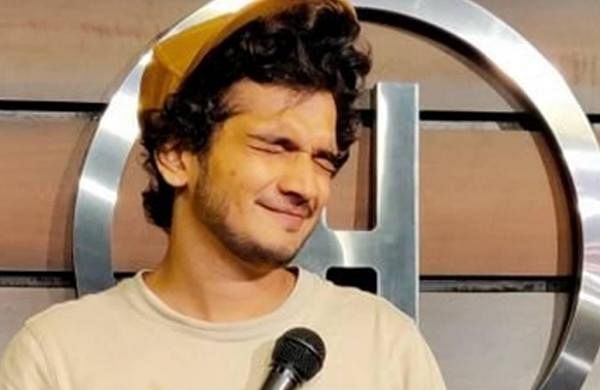 The application may come up for hearing on Friday, court sources said. Earlier, the magistrate's court as well as the sessions court had rejected his bail plea.

Police arrested Faruqui, who hails from Gujarat, and four others on January 1 following a complaint by a BJP MLA's son that objectionable remarks were made by him and others about Hindu deities during a comedy show at a local cafe.

Faruqui's father-in-law Younus Badra Imani told PTI that he met the comedian at the central jail here on Saturday and again on Wednesday.

"He asked about the well-being of his wife and other family members," Imani said, claiming that jail officials did not allow Faruqi to talk to his family over phone citing rules.

Jail superintendent Rakesh Kumar Bhangre said the facility of talking to family members on phone is provided only after observing the inmate's behaviour for 90 days.

In the hearing before lower courts, the prosecution strongly opposed Faruqui and others' bail pleas, claiming that they took part in a program at a cafe in 56-Dukan area amid coronavirus pandemic without any permission.

Further, during the comedy show, indecent remarks were made against Hindu deities, it said.

The prosecution also alleged that some content of the show was obscene even though minors were present in the audience.

Accused's lawyer said allegations leveled against them were vague and the case was registered only due to political pressure.

The police arrested the comedian and four others on January 1 on the complaint of Eklavya Singh Gaud (36), son of local BJP MLA Malini Laxman Singh Gaud.

Gaud stated that he and his associates had gone to watch the the programme but forced the organizers to stop it when some "indecent" comments were made against gods and goddesses and Union Home Minister Amit Shah.

The accused were booked under IPC sections 295-A (outraging religious feelings) and 269 (unlawful or negligent act likely to spread the infection of any disease dangerous to life) and other relevant provisions.

Later one more person was arrested for taking part in the program.