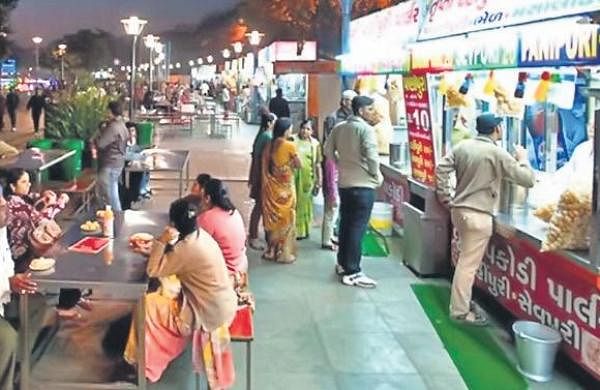 NEW DELHI: On the lines of Singapore’s world-famous open-air food courts that have Unesco status, India is planning 790 Indigenous Food Streets (IFS) an authorised vending zone which will not only serve mouth-watering, safe and hygienic local delicacies, but would further promote the country’s vibrant and unique street food culture.

The proposal by Union health ministry is being studied by the Prime Minister’s Office, sources said. A presentation was made to MPs during last Parliament session and it had received an enthusiastic response, they added.

The ministry, which will pilot the project, will be the funding agency for creating 158 such streets per year for five years.

The budget earmarked for the project is Rs 395 crore Rs 50 lakh per street in 5 years. An additional amount of Rs 19.75 crore has also been allocated for carrying out social audits by the health ministry.

A vending zone meeting specified benchmarks for street food safety and hygiene will be declared as an Indigenous Food Street, officials said.

According to the proposal, every parliamentary constituency will have at least one cluster of vendors, lanes, and streets recognised as Indigenous Food Street.

While the health ministry will allocate 60% funds, 40% will be drawn from the funds of the urban local body, MPLADS or the state government. The proposals will be monitored by an Empowered Committee chaired by the Union health secretary.

According to the proposal, it will be mandatory for each street vendor to have a valid allotment and registration with the Food Safety and Standards Authority of India (FSSAI) under the health ministry.

While the Directorate General of Health Services will be the central implementing agency, the Ministry of Housing and Urban Affairs will identify designated clusters. They will allot space to the food vendors, identified by the local civic bodies and duly approved by the concerned MP.

The ministry will also make necessary provisions for basic infrastructure.

Standard facilities for the vendors
Like in Singapore, food vendors will be located in a common area like specific roads, alleys, lanes, markets, or even prominent tourist places. They will be provided with standard facilities like food carts, water, light, gas connection, waste disposal, garbage collection, washrooms, hand washing stations and parking