Conditions favourable for withdrawal of monsoon from second week of September: IMD 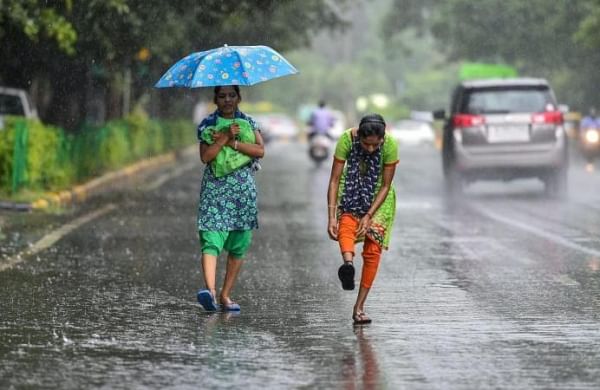 NEW DELHI: Conditions look favourable for the withdrawal of the monsoon from western Rajasthan from the second week of September, the India Meteorological Department (IMD) said on Friday.

Monsoon activity over the country is also likely to reduce during the next two weeks, it said.

In its forecast for the week from September 3-9, the IMD said isolated heavy rainfall accompanied with thunderstorm and lightning is very likely over Uttarakhand.

Fairly widespread to widespread rainfall with isolated heavy falls and thunderstorm and lightning are very likely over peninsular India during the next five days, it added.

The country received 27 per cent more rainfall in August.

The IMD said development of features for monsoon withdrawal from western parts Rajasthan is likely during the week from September 10-16.

"Conditions are favourable for withdrawal of monsoon in the second week of September," IMD Director General Mrutunjay Mohaptra said.

Until last year, the normal withdrawal date for monsoon was September 15.

However, it has been revised from this year to September 17 with a standard deviation of plus or minus seven days, Mohapatra added.

The IMD also added that above-normal rainfall activity is likely over the northeastern states, Maharashtra, Goa, Karnataka and Kerala during September 10-16.