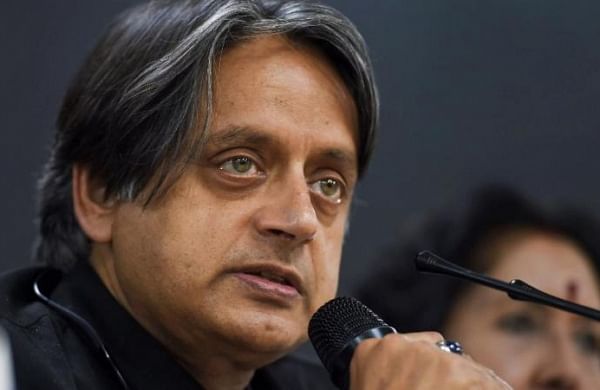 NEW DELHI: Congress leader Shashi Tharoor on Monday demanded a Supreme Court judge-monitored probe into the Pegasus snooping allegations and indicated that opposition parties would continue to disrupt Parliament's proceedings until the government agrees to a debate on it.

He alleged that it appears that the government used public money for snooping for its "selfish political interests".

Last week, an international media consortium reported that over 300 verified mobile phone numbers, including those of two ministers, over 40 journalists, three opposition leaders besides scores of businesspersons and activists in India, could have been targeted for snooping through the Pegasus spyware of the Israeli firm NSO Group, which only sells the hacking software to "vetted" governments and government agencies.

The government has been denying all opposition allegations in the matter.

Speaking to reporters in the Parliament complex after the Lok Sabha was adjourned, Tharoor said, "We want the government to agree to a debate on the issue, but it is not ready. What we are saying is that if you (government) do not agree to this and answer our questions, then why we should allow you to transact your business."

He said other issues like price rise and contentious farm laws are also important for the opposition but the Pegasus row is a priority.

Both Houses of Parliament have transacted little business since the Monsoon session began on July 19 as opposition parties have forced adjournments with their protests over a number of issues with the Pegasus row being the main one.

Tharoor also made light of IT Minister Ashwini Vaishnaw's statement on the issue in both Houses, saying he just shared his "Mann Ki Baat" without listening to the opposition. Vaishnaw had termed the snooping stories a bid to malign India, claiming that there is "no substance" to this sensationalism.

The parliamentary panel on information technology led by Tharoor is likely to question top government officials, including from the home ministry, later this week on Pegasus snooping allegations, according to sources.

The 32-member Parliamentary Standing Committee on Information and Technology is scheduled to meet on July 28. The agenda of the meeting is "Citizens data security and privacy", according to a notification issued by Lok Sabha Secretariat.