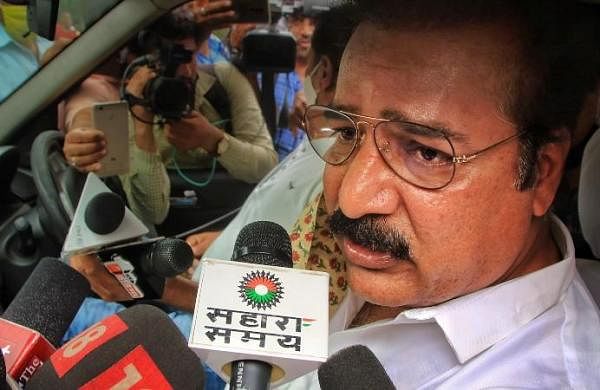 JAIPUR: Senior Congress leader and spokesperson Randeep Singh Surjewala on Monday said that if anyone at any post or profile has a problem, they must come forward and mention the issue on the party forum in order to keep Congress government intact in the state. He added that the Congress-led state government is stable and will complete the full term.

"If anyone, be at any post or profile, has any problem, they must come forward and mention the issue on the party forum. We will work to resolve it together and keep our government intact in the state," said Surjewala.

"I want to clearly state that the Congress government is stable in Rajasthan and we will complete the full term. No amount of conspiracy by BJP will be successful in toppling our government in the state," he added.

Surjewala further appealed to all Congress MLAs to take part in the Congress Legislature Party scheduled for today.

He asserted that Congress held a discussion with Rajasthan Deputy Chief Minister Sachin Pilot several times in the last 48 hours.

The Rajasthan Congress is in turmoil over the past few days. While Chief Minister Ashok Gehlot has blamed the BJP for attempting to destabilise the State government by poaching MLAs, Deputy Chief Minister Sachin Pilot has been camping in Delhi to speak to the party leadership regarding the political turmoil in the State.

A controversy broke out in Rajasthan after Special Operation Group (SOG) sent a notice to Pilot to record his statement in the case registered by SOG in the alleged poaching of Congress MLAs in the State.