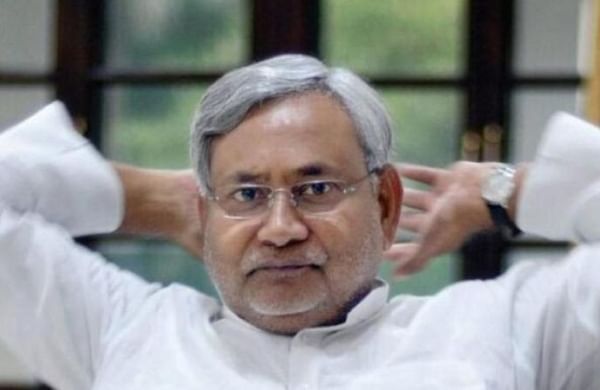 PATNA: Battle lines seem to have been drawn between BJP and JD-U with the latter alleging that a conspiracy was hatched against Bihar Chief Minister Nitish Kumar to weaken him.

Talking to media persons on Sunday, JD-U national president said that who were behind the conspiracy against Nitish Kumar and where it was planned would be exposed at an appropriate time. "It's an open secret that things didn't happen in a day. It was going on for long," he said in a veiled attack on JD-U's major ally in Bihar, BJP.

Chirag factor had, indeed, played a decisive role in JD-U's performance in 2020 assembly election in the state. JD-U lost with a slender margin of nearly 20 seats as Chirag Paswan had fielded his candidates against JD-U on those seats. As a result, the JD-U tally was reduced to 43 and thus become third after RJD and BJP as a number of seats in the state assembly is concerned.

Referring to the resignation submitted by former JD-U chief RCP Singh from the party's primary membership, Lalan said that it was well decided that he would quit the party. “Unka tan yahan tha aur mun kahin aur (His body was here (with JD-U) but his mind somewhere else),” he said, adding that now he was free to do whatever he aspired for.

He, however, clarified that the decision to join the union cabinet in July 2021 was taken by the then national president of the party. RCP Singh was inducted in the union cabinet and allotted Steel Ministry by Prime Minister Narendra Modi. RCP had to resign from the post after his term in Rajya Sabha came to an end on July 7, 2022.

Lalan alleged that then national president RCP Singh had not consulted other senior leaders of the party before jumping to the conclusion that JD-U would join the union cabinet. "Nitish Kumar could not react to his decision for obvious reasons," Munger MP said.

When asked about the future of the ruling alliance, JD-U chief said that JD-U is with NDA. "JD-U MPs voted for NDA's candidate for vice president," he added.