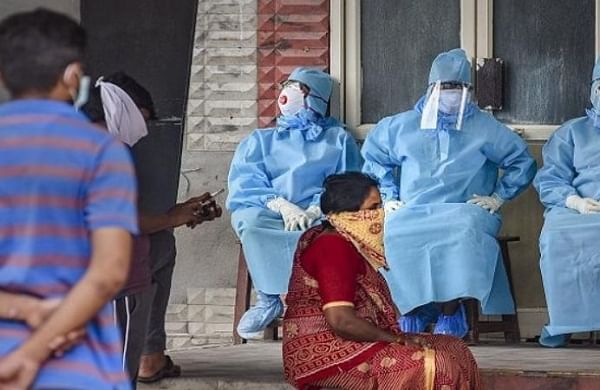 NEW DELHI: India has entered the list of 10 countries worst hit by the novel coronavirus after record spike in the number of cases for four consecutive days, pushing the tally of infections to over 1.38 lakh, surpassing Iran, according to the John Hopkins University data.

The country registered 154 deaths and a record jump of 6,977 cases in the last 24 hours, taking the nationwide tally to 1,38,845 and death toll to 4,021 on Monday with some experts attributing the spike in cases to the lockdown relaxations, including partial resumption of rail services and road transport along with the return of the migrant workers, while others say the rise in cases is due to enhanced testing capacity in the country.

India is the tenth most affected nation by the pandemic after US, Russia, UK, Spain, Italy, Brazil, Germany, Turkey and France, as per the JHU data.

Also, the number of RT-PCR tests for detection of COVID-19 in the country crossed the 30-lakh mark on Monday.

Commenting on the partial resumption of rail and road transport services, Dr Chandrakant S Pandav, former president of Indian Public Health Association and Indian Association of Preventive and social medicine said these relaxations will create an enabling environment for the coronavirus infection to flourish.

"Now, the government will have to ensure strong surveillance and monitoring so as to curb the infection which otherwise will overwhelm the healthcare system," said Pandav, former HOD of the Centre for Community Medicine at AIIMS.

We also have to see if the testing criteria have remained the same between the two periods of comparison"We may open up gradually but will have to continue case detection, contact tracing and follow personal protection measures as vigorously as possible," he added.

Noted lung surgeon Dr Arvind Kumar cautioned that given the COVID-19 situation right now, "India is heading towards a very chaotic situation from here on".

"The rate at which the thousands of cases are being reported per day, we will be moving upwards in the top 10 countries bracket which we have entered now," he said.

Kumar, who works at the Sir Ganga Ram Hospital here, said, the first lockdown and to a certain extent second phase of lockdown were "managed well".

"However, from third lockdown onwards, a series of disastrous steps have been taken by authorities, from opening of liquor shops and then resuming of flights from today. If the flights were not resumed for another two weeks, what harm would have happened, "he asked. Kumar warned that by end of June, "India is going to see a massive surge in the number of cases".

Dr Vikas Maurya, Additional Director and head of pulmonology, at Fortis Hospital, Shalimar Bagh here, said, "with the reopening of economy, we will see a surge for sure in the initial period".

"Whether that surge will abate or continue to rise, will depend on how the situation is managed by the authorities at all levels, and how people behave in public at large," he said.

"This lockdown hopefully has taught people to be more disciplined, practice social distancing, and so, future scenario will also depend on how our demographically diverse population behaves," the doctor said.

Maurya cautioned that if the cases do not abate in few weeks, the lockdown should be imposed again, "otherwise things will go out of control" The first two phases of the lockdown led to 14-29 lakh COVID-19 cases being averted while the number of lives saved in that period was between 37,000 and 78,000, the government said on Friday citing various studies, and asserted that the unprecedented shutdown has paid "rich dividends" in the fight against the pandemic.

The number of active COVID-19 cases climbed to 77,103  on Monday while 57,720 people have recovered and one patient has migrated, it said.

"Thus, around 41.57 per cent patients have recovered so far," a senior health ministry official said.

"Through a graded, pre-emptive and proactive approach, the government is taking several steps along with the states and UTs for prevention, containment and management of COVID-19.

These are being regularly reviewed and monitored at the highest level," the ministry said on Monday.